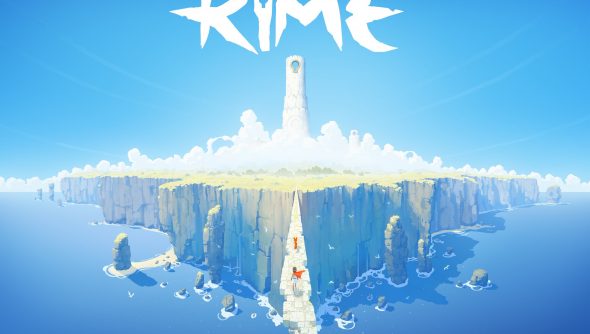 Rime, an upcoming third-person adventure game from Deadlight developer Tequila Works, was originally revealed as a PlayStation 4 exclusive back at GamesCom 2014. Now the Sony deal is dead and the game has gone multiplatform, so it’s coming to PC in May this year.

IGN are getting the exclusive slow reveal of what the game’s all about, and they’ve just released some gameplay footage of the first 27 minutes, embedded above.

Rime’s Mediterranean-inspired environments sure are gorgeous, with a pastel prettiness that evokes The Legend of Zelda: Wind Waker’s cel-shaded style.

You’ll be free to explore this landscape at your own pace, admiring the views, discovering secrets and interacting with the varied wildlife, some of which you can see in the new footage, where the boy throws fruit to some hogs.

You are going to have to learn the language of this foreign land, coaxing its creatures to do your bidding, uncovering the meaning of ancient ruins, and trying to break the curse that’s been placed on you.

Hopefully we see a bit more of it before it releases in May 2017.