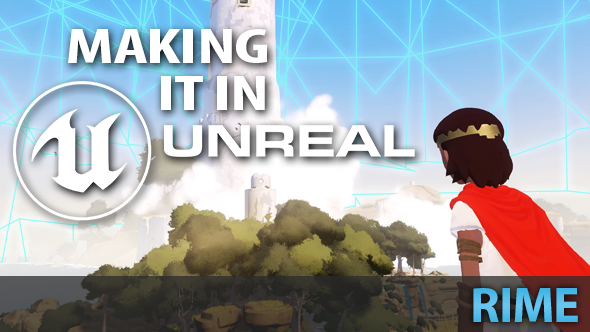 If ever a game looks like it’s been handled with a light touch, you can assume the work was long and heavy. Developers have sweated over that simplicity, boiling away all non-essential elements while taking care not to lose the essence. They’ve toiled to ensure that, by the end, players can’t detect the strain that went into that effortlessness.

Related: the bestest ever indie games.

Rime is definitely one of those games – an Ico-esque, single-player puzzle adventure about a young boy shipwrecked on a strange island during a terrible tempest. In the aftermath of the storm comes an atmosphere of almost surreal calm, buoyed by a clean, airy art style and a sweeping score.

It’s taken Tequila Works four years to get right. Here’s what they’ve been up to. 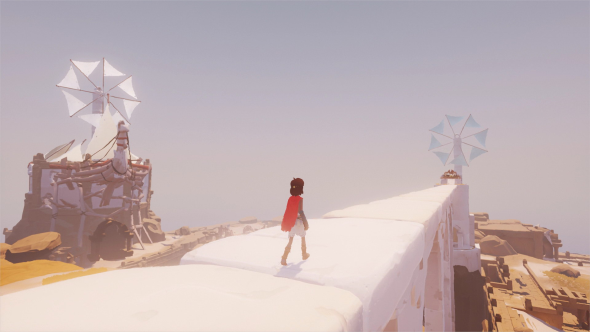 Rime first turned heads with its simple aesthetic – a red-scarfed protagonist juxtaposed with bleached, Mediterranean-style buildings. The boy himself bears a cartoon look that at first glance resembles cel-shading – the rendering technique that opts out of more subtle tinting and shading for a more distinctive comic-book style.

“Actually, the game’s visuals are not cel-shaded,” explains technical artist Pablo Fernández, “but an adaptation of Unreal Engine 4’s PBR (Physically Based Rendering) materials, tailored to suit our artistic vision of the game and achieve a ‘cartoon’ look through the use of texture and lighting.”

Rime’s beautifully framed landscapes, meanwhile – summoning the hand-drawn backgrounds of Studio Ghibli – were brought about in 3D rendering through the use of “minimalist textures and vibrant colours”.

“We tried to maintain the noise frequency as low as possible,” says Fernández, “by implementing big masses of colour while trying not to overload the environments.”

From island to islands 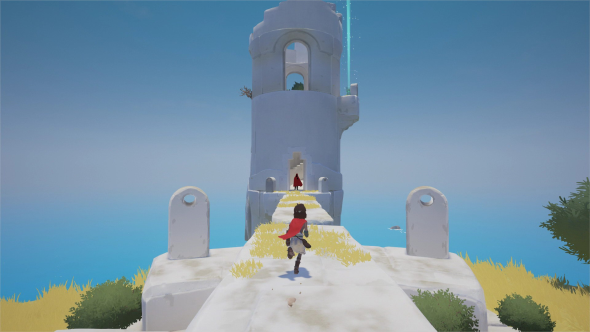 Just as in BioShock there was always a lighthouse, in Rime there was always a tower. But an awful lot else has changed over the course of its development, the scope of the world growing from just one island to many. Fortunately, UE4 has systems for asynchronous loading, allowing games to pull up data only when it’s needed.

Since the engine’s source code is made accessible to developers, Tequila Works have been able to fiddle with those systems to reduce pressure on memory capacity still further, while ensuring Rime’s carefully curated vibe isn’t scuppered by decidedly un-atmospheric loading times. 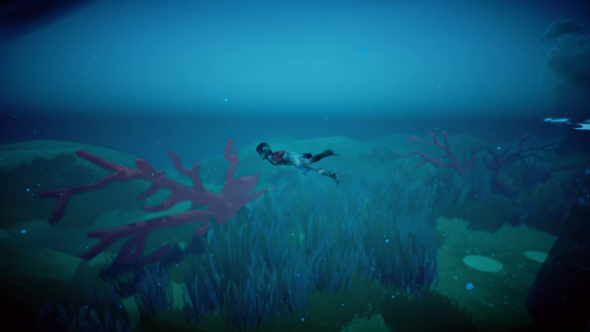 Rime has had a funny old journey to the PC. Originally unveiled for the PS4 at Sony’s Gamescom show in 2013, Tequila Works have since reacquired the rights to the game and announced a multi-platform release.

“Even though RiME was originally a PS4 exclusive, we used Unreal Engine 4 from the outset,” explains Tequila Works lead programmer Carlos Vázquez, “using it as a playtesting ground where we could build the game and then adapt it to the PS4 specifications.”

“So, you could say we have been working on a PC version of the game from the very beginning,” says Vázquez.

Nonetheless, Tequila Works have recruited the help of Warsaw port specialists QLOC to adapt Rime for the PC. It’s required some expert-level ‘version control’ – the management of changes to to ensure that everybody’s working with the same build of the game. 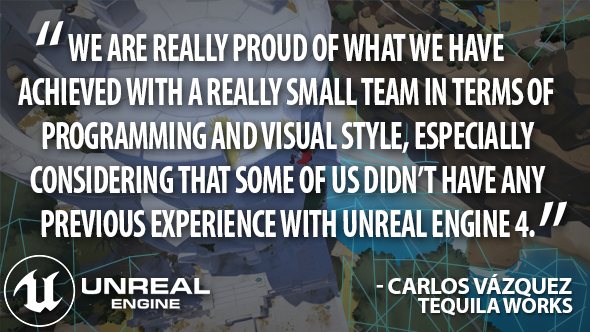 Ordinarily, studios tend to work from just one shared build, so that development doesn’t quickly spiral into a mess of multiple versions. QLOC didn’t have time to wait for Rime to be finished on PS4 before starting on its PC port, however.

“As we were co-developing menus and UI for the PS4 version we were working directly on Tequila’s repository,” expand QLOC. “But at the same time, we were developing the PC version of that same UI, with additional features like graphic settings and mouse and keyboard controls, on our repository.

“In order not to double the work precise version control was required.”

QLOC have needed to merge the two repositories regularly – “something that’s always a challenge in itself”. That organisational nightmare aside, they’ve needed to lavish more attention on third-party middleware than originally expected. 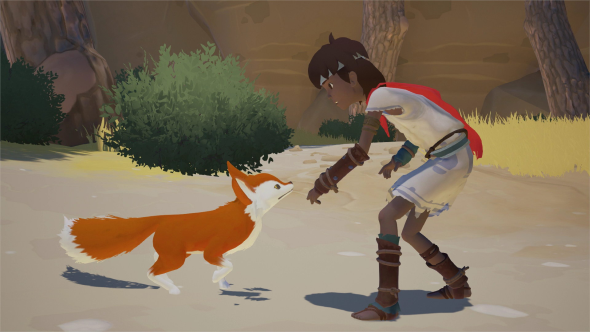 “Very often engine or middleware features work perfectly fine on one platform, but bugs occur on another,” say QLOC. “Fixing these is an essential part of the process, and usually the biggest technical challenge. Thankfully, the excellent support from the middleware providers meant we could overcome any issues.”

Despite the hurdles, with Rime’s May release date across four platforms finally in sight, the two teams are able to look with fondness at the subtle, muted game beyond the sweat and tears.

“We are really proud of what we have achieved with a really small team in terms of programming and visual style,” concludes Vázquez. “Especially considering that some of us didn’t have any previous experience with Unreal Engine 4.”

Rime is set for release on PC in May. Unreal Engine 4 is now free.

In this sponsored series, we’re looking at how game developers are taking advantage of Unreal Engine 4 to create a new generation of PC games. With thanks to Epic Games and Tequila Works and QLOC.