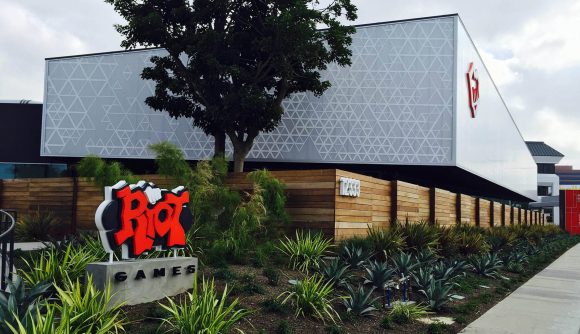 Update, January 24, 2020: The DFEH has responded to Riot’s filings with the following statement to PCGamesN: “DFEH relied on the same methodology that was used to estimate their proposed settlement of $10 million. The major difference in the numbers is that DFEH included stock or equity compensation in its settlement estimate.

“Stocks count at Riot Games, according to the verified records the company submitted to the government. It is a significant part of employee compensation, especially for men. DFEH relied on these records to submit a more accurate pay gap estimate to the court. Riot did not. Riot itself concedes in its court filings that stock compensation was not accounted for in any of the pay gap analyses used in the proposed Settlement Agreement.

“DFEH filed the objection to provide information to the court and unrepresented employees and former employees because the parties did not and – continue to not – adequately explain why their proposed settlement was reasonable. DFEH was merely pointing out incorrect statements and correcting plaintiffs’ own calculations which were used to justify the settlement. DFEH objected to the settlement to advance and protect the interests of the public.”

Riot Games has responded to recent claims that women suing the company could be due $400 million by saying they are “reckless, misleading, and wholly unsupported”.

The lawsuit between Riot and a group of its employees was settled, pending approval, for around $10m last year after the workers claimed they were subject to lower pay and sexual harassment in part because of their gender. However, the California Department of Fair Employment and Housing (DFEH) then said the women could in fact be due “over $400m”. Riot has now rebutted that claim.

In court papers supplied to PCGamesN, the League of Legends publisher says: “The DFEH’s claim that the ‘maximum exposure in back pay owed to female employees alone exceeds $400m’ is outrageous, reckless, and without any basis in fact or law. Indeed, there are numerous methodological deficiencies in how the DFEH reaches this number, each of which makes the ultimate conclusion wholly unsound.” Elsewhere in the documents, Riot says the DFEH’s claim “is completely lacking in factual or legal support and is instead rife with inflammatory misstatements and insinuations”.

Riot also accuses the DFEH of putting publicity above a fair analysis of the amount owed to the women at the heart of this legal battle: “The DFEH’s $400m number, although dramatic, is based on a flawed approach to data that is grossly distorted and misleading. As the agency charged with understanding pay equity issues, the DFEH knows this. Thus, it appears that the DFEH’s intent is not to provide a meaningful analysis of the alleged pay disparities here, but to proffer the most outlandish figure possible, in order to garner sensational headlines and pressure Riot in the public.” In a separate response, Riot called the DFEH’s claims “a clickbait number designed to get attention”.

Riot asserts that the DFEH’s $400m number does not take in to account the differences between gross pay and stock equity, nor overtime pay or the different jobs men and women were performing at Riot. “In short, no one – not Plaintiffs, not Riot, and not the DFEH – claims that a total wage differential is an appropriate measure of pay disparity, and thus the $400m [number] has zero relevance to the court’s inquiry,” the publisher says.

On the DFEH’s allegation that, aside from the financial settlement, Riot had made “no enforceable changes to employment policies at a company alleged to be rife with sexism”, Riot responds: “This not only presumes systematic discrimination – which Riot continues to strongly deny – but ignores the many significant steps Riot has taken to improve employees’ experiences since the filing of this action in 2018.” The company states it has implemented “mandatory anti-harassment and discrimination training for all employees”, for example.

Riot concludes the papers, dated January 22, 2020, by saying: “The DFEH’s objection – which is wrought with misinformation and misdirection – seeks only to stand in the way of such relief. The court should disregard the DFEH’s objection and preliminarily approve the [$10m] settlement.”

For their part, the women at the centre of this case have remained silent on this tangential battle between Riot and the DFEH. The Rioters Against Forced Arbitration group did not immediately respond to a request for comment when asked for their views on the DFEH’s claims; we have also approached the DFEH for a response on Riot’s latest statements.

The case continues in a settlement hearing at the Los Angeles Superior Court on February 3.