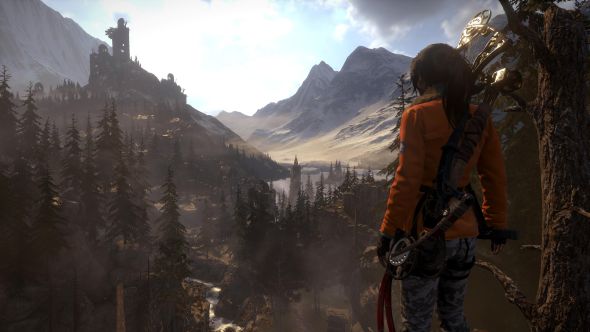 Rhianna Pratchett, the lead writer on the Tomb Raider franchise and a key player in its successful 2013 reboot, has left the series to pursue new ventures.

Lara Croft has been a gaming icon since the ’90s. Check out some of her contemporaries in the best classic games on PC.

The news broke yesterday on the Tomb Raider Twitter channel.

CrystalD & @Rhipratchett are announcing that Rhianna is off to pursue new adventures apart from Tomb Raider. The entire team thanks her! pic.twitter.com/q55E7yDl9z

Pratchett then took to Twitter herself to confirm the news, bid “a fond farewell to Lara” and thank the team at Tomb Raider developer Crystal Dynamics. She also said “I like to think we did some good things. Maybe shifted the gaming landscape a wee bit. And that feels damn good.”

Though Tomb Raider’s writing team numbers several people, as its lead Pratchett was the driving force. More than any other one person, she can claim credit for Lara Croft’s voice as she developed into a smart, capable and layered protagonist throughout 2013’s Tomb Raider and its sequel, Rise of the Tomb Raider.

Pratchett is moving on to unspecified new adventures, and given her background, they could take almost any shape. She has written extensively for games, including BioShock Infinite, Prince of Persia, Mirror’s Edge and the Overlord series, but is also co-director of production company Narrativia.

Narrativia owns the rights to the work of her father, the brilliant comic fantasy author Sir Terry Pratchett, and is working with the Jim Henson company on a film adaptation of his book The Wee Free Men. Pratchett is also writing the story for indie platformer Lost Words, so she already has a couple of projects underway.