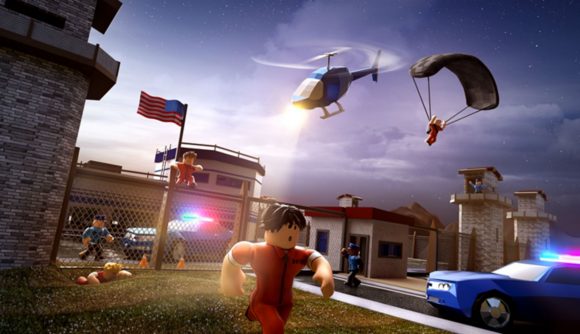 Roblox recently announced the milestone of 100 million active monthly players, which puts it 9 million ahead of Minecraft. To celebrate, its developer is giving away a free gold bar shoulder accessory.

At 91 million (as of March), Microsoft’s blocky adventure is hardly trailing behind, but for many, it doesn’t have the consistent draw it once had. Though a new wave of YouTubers and Twitch streamers has led to more attention, vanilla Minecraft’s lack of frequent, significant updates means there’s less to be excited about.

Despite this, it still appears to hold the public record for the best-selling video game of all time. Roblox Corporation has yet to reveal how many total copies its title has sold, while Mojang’s had sold 176 million as of March 2019.

“We started Roblox over a decade ago with a vision to bring people from all over the world together through play,” said founder and CEO David Baszucki in a press release. “Roblox began with just 100 players and a handful of creators who inspired one another, unlocking this groundswell of creativity, collaboration, and imagination that continues to grow.”

As well as its active players, Roblox Corporation shared stats on character creation and diversity. It says 50% of its players update its avatar every month, and half of its players do so with their friends. Meanwhile, 40% of its userbase is female and it has fans in over 200 countries.

Of course, the elephant in the room is the fact Minecraft’s stats are outdated. While Microsoft would have made a fuss if it hit 100 million, its recent attention means it probably isn’t too far off. It’ll be interesting to see how things compare at the next stat reveal.