Looking for more games like Fortnite? Here’s our list of the best battle royale games on PC.

Robocraft Royale allows players to battle it out, and explore the vast 64km2map, using the craziest character-bots sourced from the Robocraft community, including chain gun wielding chickens, and Abraham Lincoln in a go-kart.

Much like Fortnite, and PUBG, you begin each match by being ejected from a spaceship alongside 99 other players. Upon landing, you must quickly loot the landscape for the best character types. Each robot has its own variety of weapons, movements, and abilities, with some much stronger than others. You’ll need to adapt to various character types to succeed, and be the last player standing. 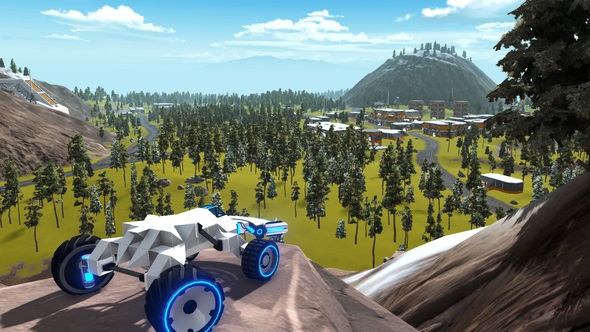 Robocraft Royale’s cube destruction system means you can render your enemies weaponless, take them out limb-by-limb, or just annihilate them.

The transformer-like battle royale also offers an ever-changing roster of new character bots, while events, map updates, contests, and team modes are on the way. 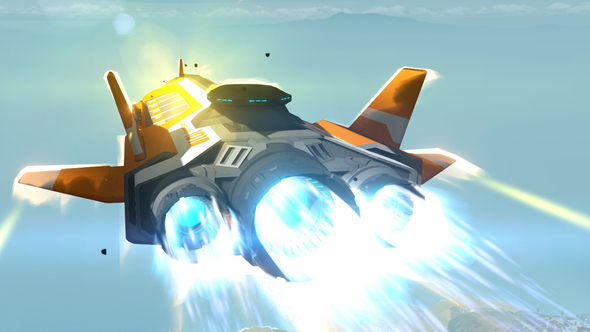 “Robocraft Royale offers completely new intense battle scenarios and carnage for players to spontaneously encounter,” game director Ric Turner says in a press release. “I just saw a chicken running backwards, unloading two chain guns into the front of a monster truck which was trying to run it over. Another player just did a gun run in a WWII plane, but got his wings blown off by a Dino Mech. Using his only remaining propeller, he reverse tumbles into a skylight of a building to discover a vacant über mech.”

Robocraft Royale will release to Steam Early Access on March 26 at £14.99.