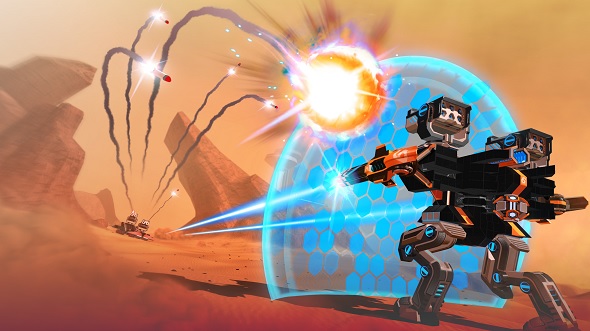 After three years on Steam Early Access, the free-to-play robot building and battling game Robocraft has finally launched its 1.0 update. It actually hit that point yesterday, but today is the big day for us, as we’re giving away 10,000 codes for the game that give you in-game goodies.

If you’re not one of the 12 million people already having a good time in Robocraft then now is the perfect time to get started. You can create an account today for free by heading to thegame’s Steam pageor theofficialRobocraftwebsite.

The 1.0 update added new animated cosmetics (so your machines can look fancier than ever), usability improvements to the Community Robot Factory (where everyone uploads and sells their robot designs), and a new Rail Impaler weapon. 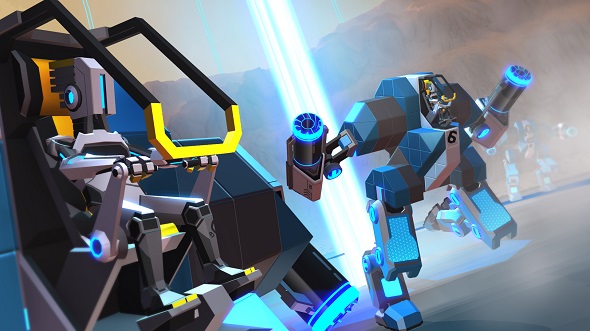 Now you can also grab one of the codes below to activate in the game once you setup your account. Each code contains a Starter Pack Bundle, which includes:

Do note that only one code can be user per Robocraft account. We also have a small guide for how to redeem the code for those of you who don’t already know how to do so:

Please also be aware that the code you can grab below isn’t a Steam code. You’ll need to activate it in Robocraft itself. But if you download the Steam version and connect your account then your rewards will be there all the same.

Now, on to the important bit: getting the code itself. You can grab a code by using the widget below. All you need to do is complete one of the six actions and you should receive it. From there, just follow the instructions in the link above to activate it on your Robocraft account.

If you fancy it, give us a Like over on thePCGamesN Facebook page, orfollow us on Twitter, and we’ll keep you up to date on all our future giveaways.