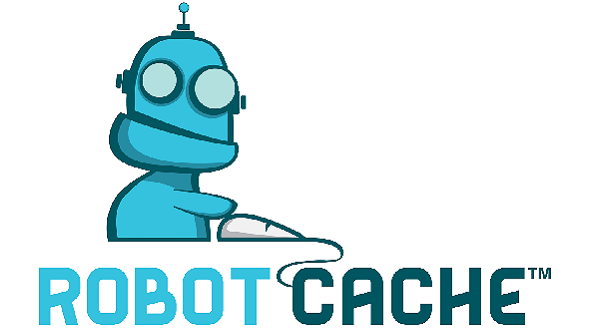 Blockchains is perhaps the biggest buzzword of 2017. And, perhaps, 2018 too: Brian Fargo, CEO of InXile Entertainment, is one of the faces behind Robot Cache, an online game distribution platform that promises lower transaction fees, integration with its very own cryptocurrency, and the ability to resell games once you’re finished with them.

What games will be on the platform is yet to be confirmed, hopefully some from our list of the best PC games ever will be there.

For the average person, that last tidbit is by far the most important: you can resell your game for IRON, Robot Cache’s cryptocurrency, which can be used to buy other games on the Robot Cache platform. You can also nab yourself some IRON with real money, primarily through a pre-sale ofSimple Agreements for Future Tokens (SAFTs) at a minimum of $500,000 and $50,000 in two stages, through mining (the cryptocurrency way, not the pickaxe and stone way), and through competitions.

There’s also promise of a loyalty scheme and the ability to buy IRON through gift cards The platform is expected to launch in Q2 of 2018, with no hard date set yet.

For the more nitty-gritty details about the cryptocurrency, here: it’s based on the ERC-20 standard, which you may or may not know due to it being supported by Ethereum, one of the major cryptocurrencies. To ensure those using the platform don’t rely solely upon any fluctuating cryptocurrency prices, you can also just buy your games with plain ol’ credit or debit cards.

How exactly the system works, how games are selected to be sold on the platform, and what the further uses of IRON outside Robot Cache might be, haven’t been confirmed. The promise of up to 95% of a sale going to publishers and developers, plus 70% of a resale too, is definitely a nice draw, though, and being able to resell PC games is a decent bonus for the average person using the platform.

Publishers and developers can also control the resale market on Robot Cache, so it remains in their control for how much the game costs for resale. It’s certainly an ambitious store, anyway: only time will tell if it can compete with Steam. Or Origin. Or GOG.