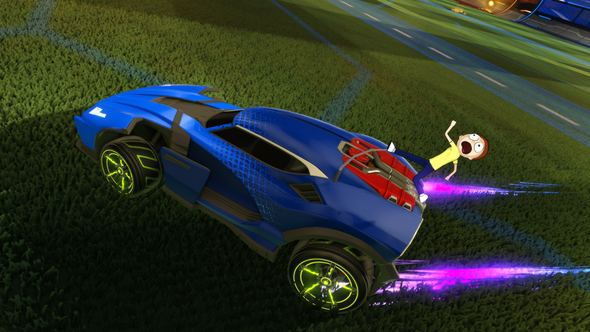 If you’re looking forward to getting your Rick and Morty on while waiting for the latest season to make its debut, you’ll want to check out the several games Rick and Morty characters are popping up in.

Rick and Morty is teaming up with Adult Swim Games to make appearances in several games, namely Rocket League, Move or Die, Gang Beasts, and Steam VR Home. This is all in a bid to get fans hyped up even further as the duo return to cable TV for the third season once and for all.

In Rocket League, for instance, Rick and Morty and friends Mr. Meeseeks, Mr. Poopy Butthole, Cromulon, and several other characters will be available as free customisation items beginning July 5. You can use them as Antennas and pick them up as Common drops throughout offline matches.

Other games will see digital versions of familiar characters from the show making an appearance across several games. So it’s no coincidence – the Rick and Morty cast is coming out to play in a big way.