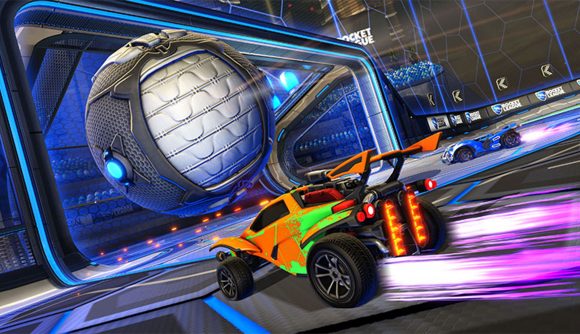 Rocket League currently has a loot box-style random item system, but that’s set to change later this year. Psyonix has announced that the game’s crates will be replaced with something that’ll let you see “the exact items you’re buying in advance.” More details on exactly how the switch will work are coming in the future, but the move comes after years of criticism of loot box mechanics from players and industry pundits.

“Here at Psyonix, and Epic Games as a whole,” the company says in an announcement, “we are dedicated to creating the best possible experience for our players all over the world. In pursuit of that goal, later this year we will remove all paid, randomized Crates from Rocket League, replacing them with a system that shows the exact items you’re buying in advance.”

The developers say the rollout will be similar to the changes made in Fortnite: Save the World earlier this year, which saw Loot Llamas replaced with ‘X-Ray Llamas,’ allowing players to see what they’re about to purchase before they buy it. (A novel concept, I know.)

Folks at Psyonix have provided a bit more detail on Reddit, noting that once crates and keys remaining in a player’s inventory when the changeover happens will be replaced with something of equivalent value. The developers also want to keep the trade economy alive, which suggests some sort of random item drops will still be in place – just not a loot box system.

The developer statement notably frames this as a broad sort of initiative at Epic, which purchased Psyonix earlier this year. At the very least, you can expect Epic’s titles for the foreseeable future to avoid the lure of the loot box.