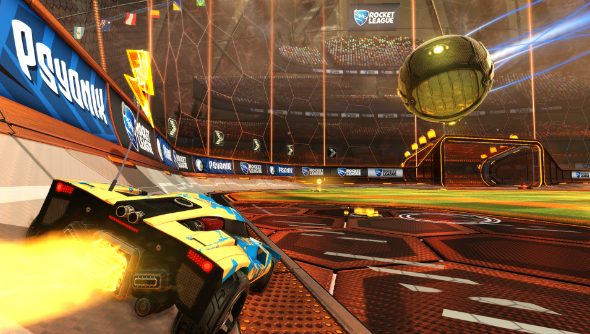 MLG’s Executive Producer Chris Puckett seems to have been swept up in all the Rocket League hpye, like pretty much everyone on my Twitter timeline. His own triumphs and losses online opened his eyes to the game’s eSports potential, which led to MLG recently hosting their first professional tournament.

Rocket League seems well suited to eSports. Whereas games like Dota 2 need encyclopedic knowledge of hundreds of items, abilities and characters to understand, Rocket League is relatively simple – it’s teams of rocket-powered cars playing football. Most people like rockets and football. Most people also know what rockets and footballs are. It’s a low barrier to entry – something the eSports scene could do with more of if it wants to attract a new audience, bolstering its already significant viewership. 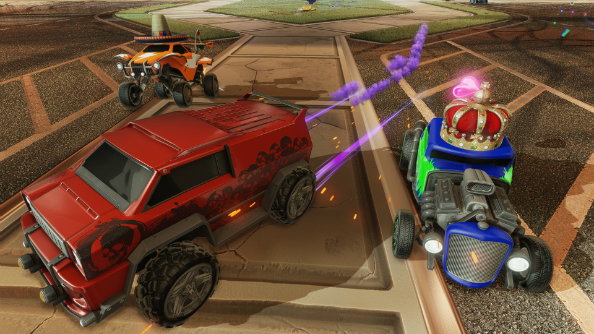 Another thing that makes Rocket League well suited is how when it’s being played you can almost always see the majority of the playing field, no matter which player’s perspective the camera is following. This, combined with the short and exciting matches, makes Rocket League games easy to follow. In fact, it’s almost as entertaining to watch as it is to play.

MLG deserves props for picking the game up so quickly after its release, and I can only see it getting more popular as better professional players emerge.

If you’re interested in the eSports potential Rocket League has, why not watch Kings of Urban face off against Cosmic Aftershock in the Grand Finals. Video below: