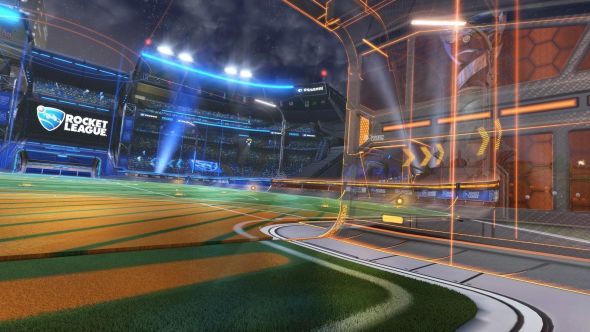 Ahead of Rocket League’s autumn update, Psyonix have announced that transparent goalposts will finally be making their way to the carball sports game.

With or without see-through walls, Rocket League is still on our list of the best PC games.

If that sounds a bit confusing, it’s worth noting that this is one of the most requested changes in the history of the game. The idea is that it’ll allow defending players to see outside the sides of the goal (as they would in real football, of course), to give them more time to respond to the position of the ball and opposing players.

In their announcement post, Psyonix say “transparent Goalposts will add transparency to the goals, goalposts, and specific pieces of the Arena wall. More specifically, you will soon be able to see through parts of the Arena that were previously solid structures. When defending in-goal, for example, the posts and walls around you will become transparent for better vision. The same goes for players who hug Arena walls on offense or defense, because the quarterpipe will be see-through as well!”

“Whether or not the walls and posts are transparent or opaque depends entirely on your position; so, while someone sitting inside the goal will be able to see through the walls as previously mentioned, players out on the field who might be in the corner near a boost sphere will still see the goal just as they do now — as a solid object.”

Psyonix say that they wanted to provide consistent vision all around the Arena on all of Rocket League’s maps, but also mention that this change will allow them to “narrow the visual space needed between the pitch and content outside the walls.” They also mention that although this update is one that’s set to be very popular with the community, you’ll be able to decide whether or not you want to use it for yourself.

The Rocket League autumn update will be arriving in the coming months.