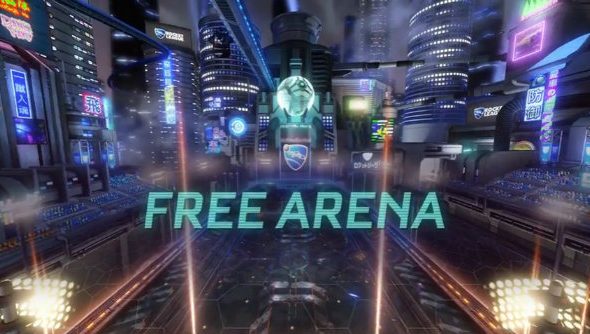 Psyonix are adding a free new arena to Rocket League later this month. Neo Tokyo, as it’s called, is a multi-tiered stadium backed by a cyberpunk dystopia and it looks incredible.

Neo Tokyo was born as part of the Rocket Labs experimental playlist, but it’s been reimagined as a fully-fledged arena now, shedding it’s Tron-style, VR skin and sporting flashier visuals than any Rocket League stadiums before it.

“Underpass”, as it was known before, also features “streamlined gameplay improvements”.

To celebrate its launch, two Neo Tokyo-inspired cars – Esper and Masamune – will be available for Collection’s Edition owners to purchase from July 18, each with futuristic, anime stylings.

The cars will be available for everyone else in Europe on June 24, while North America has to wait until July 5. The track itself launches worldwide on June 20 and you can see it in action, along with the cars, below: