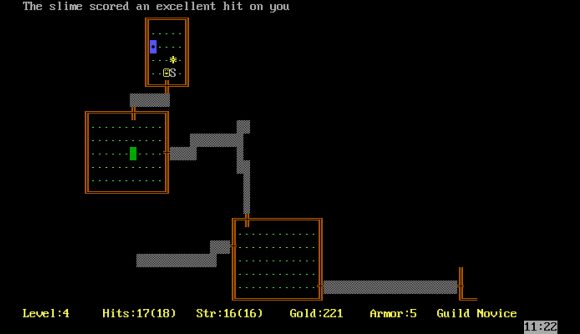 If you’ve been playing any indie games in the past decade or so, you’ve probably played a fair few roguelikes. Everything from Binding of Isaac to Hades pulls from the genre, but have you actually played Rogue? You know, the game that all these others are somewhat ‘like’. It’s about to be even easier than before, as Rogue is coming to Steam.

A port of Rogue in all its original ASCII glory is set to hit Steam on October 20. This is Rogue 1.49, originally released by Epyx for MS-DOS, so it’ll likely be running through the DOSBox emulator. The new release comes courtesy of Pixel Games UK, which has been bringing a load of retro titles to Steam recently, from legit classics like California Games to mostly-forgotten FMV-driven titles like Mystic Midway: Rest in Pieces.

Most of the publisher’s early computer revivals have been priced at $4.99 / £3.99 / €3.99, but there’s no word yet on what the price for this Rogue release will be. Rogue is now open source, and there are plenty of ways to play it for free online, but that might not mean this specific OG DOS rerelease will be free.

Either way, if you’ve finally escaped from Hades, it might be time to head back and see how the genre actually got started.

If you’re looking for more great old games to get your retro fix, you can follow that link.