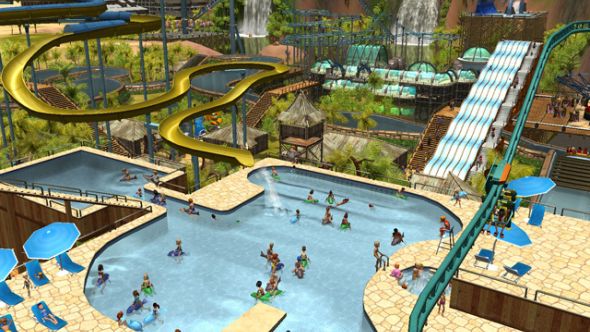 Frontier Developments, the people who brought you Elite: Dangerous and Planet Coaster, are reportedly suing their publishers, Atari, over $2.2 million in unpaid royalties for their last theme park sim, RollerCoaster Tycoon 3.

Managing a theme park involves a lot of strategy. Here are some of the best strategy games on PC.

According to TMZ, Frontier have been working with Atari since 2003. Their deal with the once-great publisher then included work on RollerCoaster Tycoon 3, which came out in 2004, among other titles. When Atari went bankrupt in 2013, Frontier “stuck it out” under an amended contract. Atari have since recovered, to the extent that Frontier came to feel they were “getting ripped off” in April last year when “another website” showed “higher sales figures”.

Higher than what, TMZ don’t say, but the implication is that the figures were higher than Atari had told Frontier. It’s not stated what this “other site” was, butSteamSpyis a possibility.

Frontier claim this other site calculated that they should’ve received $3.37 million in royalties, and that Atari in fact only paid them $1.17 million. According to Frontier, Atari dragged their feet when they were then asked for an audit of their sales report.

TMZ say Frontier eventually “got fed up” and are now suing for what they’re owed. We contacted Frontier for comment, and their chief operating officer David Walsh confirmed much of what TMZ said:

“We can confirm Frontier is currently pursuing a complaint against Atari. We have attempted to resolve this issue without legal action since April 2016. We have so far been denied our contractual right to audit by Atari, and we are unfortunately left with no other way to resolve our concerns. We are unable to offer any further comment while the matter is subject to due legal process.”

We’ve also contacted Atari, and will update this story when we hear more.

Atari published RollerCoaster Tycoon World just one day before Frontier’s rival Planet Coaster in November last year. The former has received mostly negative reviews since its debut in early access, while the latter has had a much more positive reception.