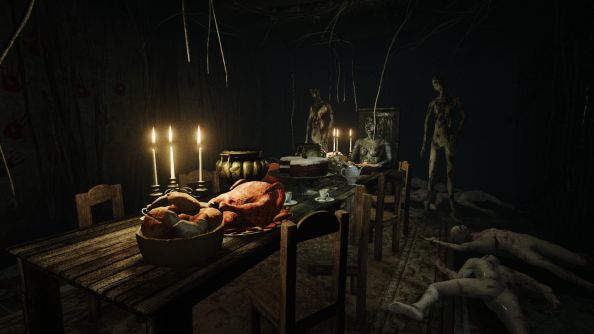 The name used to mean something. Nolan Bushnell’s Atari ruled the arcades in the ‘70s and early ‘80s, but the videogame crash literally split the company apart, wrenching the coin-op division away from the corporation. The former is no longer with us, while the latter submitted itself to a series of acquisitions after bowing out of the console race with the Atari Jaguar.

Into asteroids? We’ve got a list of great space games for you to peruse.

That distinctive red logo popped up on the boxes of some great games here and there in the ‘00s: a tough decade for RPGs would have been far tougher without Neverwinter Nights or The Witcher. But it’s been impossible to be a fan of Atari, because we simply haven’t known who they are.

The Atari I’m ringing up today are no easier to get a read on. On the one hand, they’re behind the perfectly respectable work-in-progress release of RollerCoaster Tycoon World. On the other, they’re investing in the slightly creaky concept of the Internet of Things, proudly announcing a new line of networked “home, pets, lifestyle and safety” devices.

So who are they now? A PC games company, or a purveyor of domestic gadgets? 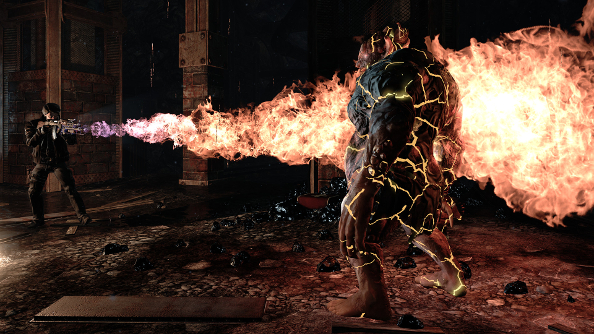 You might remember that Atari’s US wing filed for bankruptcy a few years back. The publisher’s New York office had become quietly profitable, something Atari hadn’t been for a long while, and sought to free itself from the debts of its French parent company – once known as Infogrames.

There’s more consistency here than you might imagine. CCO Todd Shallbetter has been at the company for over a decade, through every institutional coming and going, while CEO Fred Chesnais is in the job for the second time after a stint at Microprose.

This new Atari is made up not of developers but executive producers, who now connect studios with dusted-off licenses from the company’s deep drawer of classic IPs.

“We have the IP,” Chesnais booms in a thick French accent. “It’s a combination of us selecting our own projects and at the same time third parties coming and telling us, ‘You know what, I’d love to work on this.’” 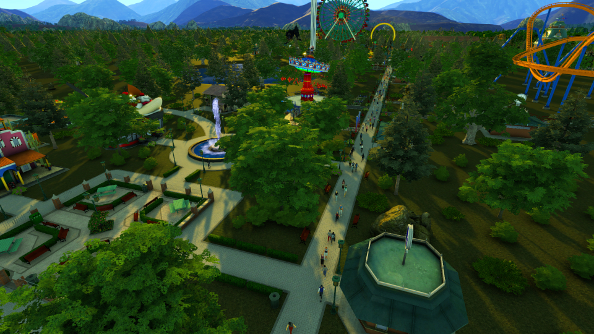 That’s how we got the new Haunted House, the co-op shooter Alone in the Dark: Illumination, and of course, RollerCoaster Tycoon World.

When I suggest RollerCoaster Tycoon might be Atari’s flagship series, however, Chesnais objects.

“There is no flagship franchise – our goal is to always have as many tentpoles as we can,” he says. “This is one important game, one that requires a lot of our attention. [But] if you were to say, ‘What is the flagship?’ for me, I would hear your question as ‘Atari is RollerCoaster Tycoon and nothing else and nothing more’.

“No. We have a lot of ideas and we are also doing stuff outside of games.” 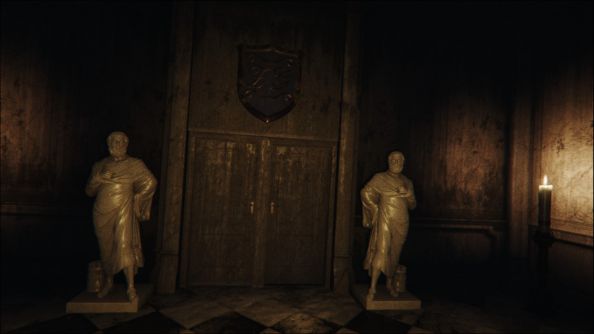 Chesnais agrees that it’s his role to remind players about Atari and its catalogue of 220 games. Often, though, he steers the conversation towards his company’s extracurricular activities. A thriving casino business. Centipede and Missile Command movies in the works at a Hollywood production company. Plans for TV show licensing. In his view, Atari is a “lifestyle / entertainment brand”.

“We’re going to announce something big in the music space very soon,” Chesnais divulges. “Let’s see how our people and our fans react to that, but I think it’s a very good idea.”

Eventually the CEO excuses himself from the call: he has another meeting, and the stalwart Shallbetter takes over. That drawer full of past games, he explains, is both a blessing and a curse.

“It’s a blessing because we have all these IPs we can choose from and consider for development and licensing and arrangements,” says Shallbetter. “But it’s also tough because then we have to make that decision on what game we want to do. 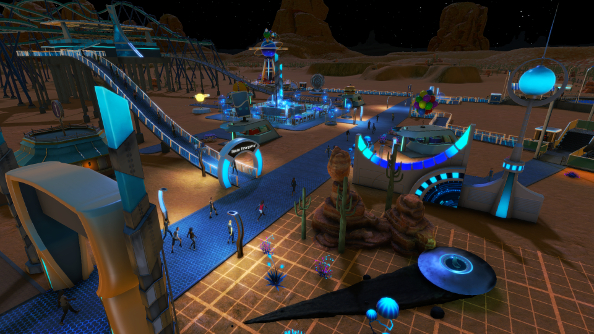 “It’s always been exciting as we started out rebuilding the company here, having a CEO who would come in and say to the team, ‘What do you want to do next?’. It’s been an evolution as we’ve narrowed down our scope on some of the things we would like to do.”

RollerCoaster Tycoon World’s future is one of bi-monthly Early Access updates – while the New York office work on producing “multiple” unannounced games. Three years on from the bankruptcy, does Shallbetter feel like his team have succeeded in re-establishing Atari yet?

“We like to think we’re going in the right direction but we have a lot to do still, certainly,” he reflects. “I don’t think any of us think there’s an end date to that, and I’m not being flippant in any way.

“We’re all committed – most of the team has been here in excess of ten years. We’re going to keep pushing ahead and RollerCoaster Tycoon is a great example of that: we have work to do to improve it. We feel lucky to have the brand to be guardian and and shepherds of – it’s a lot better than resurfacing sheet metal.”