At the turn of the millennium, Andrew and Paul Gower were developing a little game in the Cambridge University computer labs. That game was RuneScape, and 18 years later it has gone on to defy all expectations.

It even holds a number of Guinness World Records. One for having the most original pieces of music in a videogame with over 1,200 tracks. While another was rewarded for being the largest and most updated free MMORPG on the planet, with over 200,000,000 accounts. That’s huge.

It’s not surprising developer Jagex continues to support this aged game, it announced in September that revenue from RuneScape had passed $1 billion. Though, the relationship with Runescape’s community shows a commitment to the fans. For instance, when RuneScape Classic was finally shut down in August this year, the developer kept the server running for a few extra hours to allow one player, Titus_Furius, complete the Legend’s Quest. Behaviour like this has fostered an active and dedicated community.It was this community that descended on the Farnborough International Exhibition Centre for RuneFest 2018.

The theme for this year’s RuneFest was the Fremennik Province, RuneScape’s northlands, so there were a lot of Vikings and trolls. Entering the convention hall was like walking through the wardrobe leading to Narnia. At one end of the hall was a mountain range; while at the other attendees could find a mead hall and marketplace. There was even a long boat that was apparently used in Game of Thrones. The schedule was packed with activities, which included a cosplay parade, panels with leading Jagex developers, and even a concert performed by the Royal Philharmonic Orchestra. 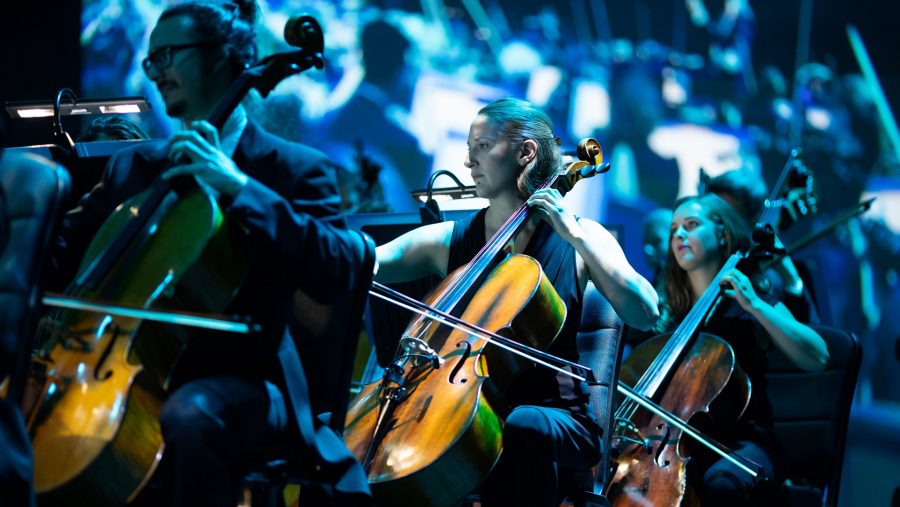 The RuneFest crowd gave away the range of people who play the MMO – there were teenagers to people in their 50s, and those who had travelled to the UK from the USA or Norway. Many players I spoke to were there for different reasons and had come to the game in different ways. Surryman, for instance, told me his granddaughter had first got him into RuneScape. He started off killing goblins in Lumbridge and has now achieved level 99 in every skill. While Ayla Nelwyn started playing RuneScape with her boyfriend, Aleks Leya. She told me that they’ve stayed with the game because of its complex lore – she also boasts that she’s completed the Temple of Light without using a guide. Another player I spoke with, Golden Light, comes for the cosplay – he actually won the Best Cosplay award at the Golden Gnomes for his Guthan costume.

While the dedication of the RuneScape community seems unbreakable it’s not something that Jagex takes for granted. “We’re very lucky to be at the point now where we’ve got the game to a place where we think it can just run and run,” Matt Casey, senior product manager of RuneScape, tells me. He attributes this blessing to the passion of the community, who would give the game life even if Jagex wasn’t, adding that the game has a “unique position in the market of MMOs to really stay with the players through their lives.”

This unique position has been partly created by how Jagex runs two different of versions of RuneScape: there’s Old School for players that want the original RuneScape experience; and RuneScape 3, which is the modern version of the MMO. To maintain the popularity of both these games, Jagex makes sure to listen to community feedback, tailoring each version of RuneScape to suit the needs and desires of its two playerbases. 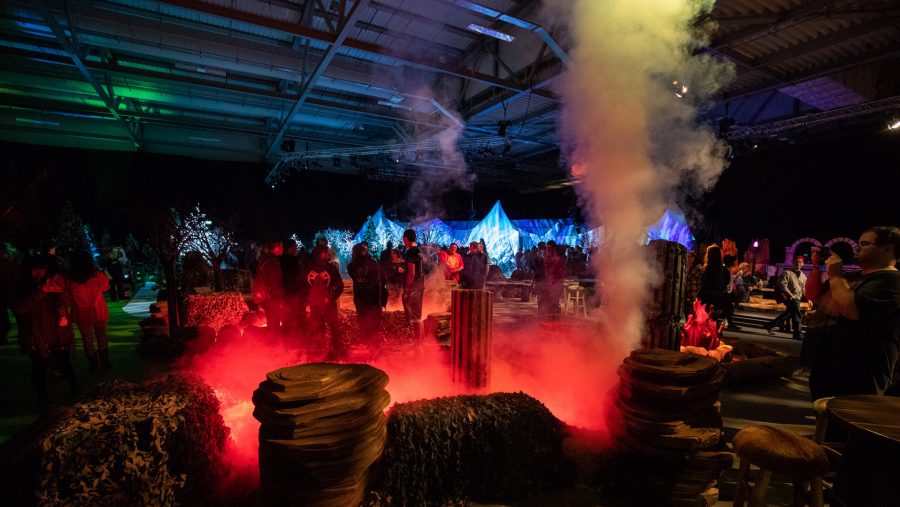 Updates for Old School RuneScape are decided purely on player polls – any new piece of content has to achieve a 75% yes vote to be implemented in the game. Matthew Kemp, senior product manager for Old School RuneScape, emphasises the importance of these polls, saying, “the entire game is built on the pretext of turning this game into something that [the players] love, into something great, and it’s stressful, but the rewards are amazing.”

RuneScape 3 has a similar system, where players vote in Build-a-Backlog polls to decide where Jagex takes the game next. Recently, these polls led to the release of the Player Owned Farms and the upcoming removal of Mobilising Armies.

Jagex has learnt the hard way that to be successful you have to listen to players. The controversy in 2007 over the removal of the PvP aspect of the Wilderness is one of the game’s most testing times – players were in uproar. In 2011, the Wilderness was returned to its original state after a community referendum. While it took some time to get there, this willingness to listen has paid off as the game has an ever-growing community. Old School RuneScape has gone from 450,000 members in 2017 to 550,000 this year, with 90,000 players playing concurrently at peak. 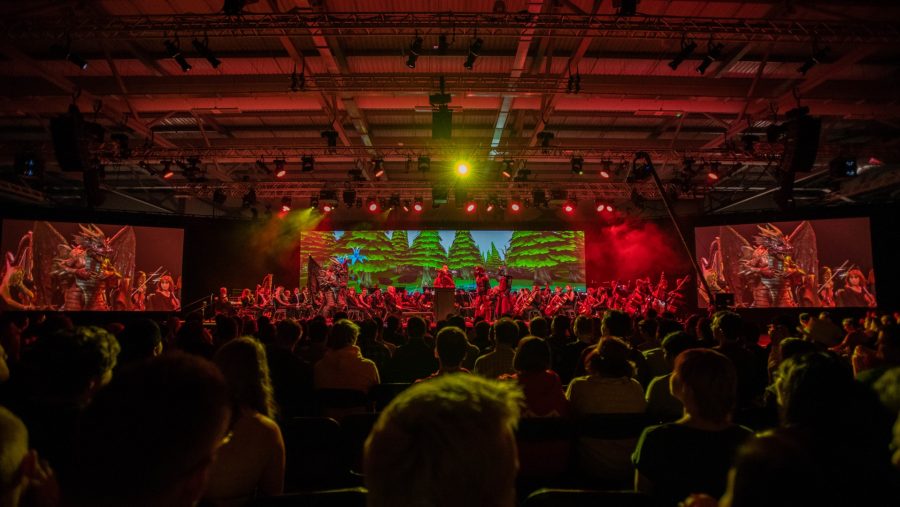 RuneScape is growing larger with every passing year, but where does Jagex plan on taking it next? If RuneScape 3 is your game then you have two new quests to look forward to. The first is a murder mystery called ‘The Needle Skips’. Using the needle, a magical monolith, you’ll investigate a series of time bubbles, uncovering clues to help you save the people trapped inside a time loop. This quest also marks the 400th Quest Point in RuneScape 3 and will be fully voice acted.

The second quest will be out in time for Christmas 2018. Called ‘Violet’s Blue’, it tasks you with ensuring that Violet has the best day ever in Yeti Town. The problem is that Violet doesn’t know she is actually a human and not a yeti.

Unlike previous Christmas events, ‘Violet’s Blue’ will be a permanent quest, rather than a temporary event. Casey explained that this decision was influenced by player feedback, saying, “they didn’t value temporary events as much as permanent things they can go back to or play at any time.” 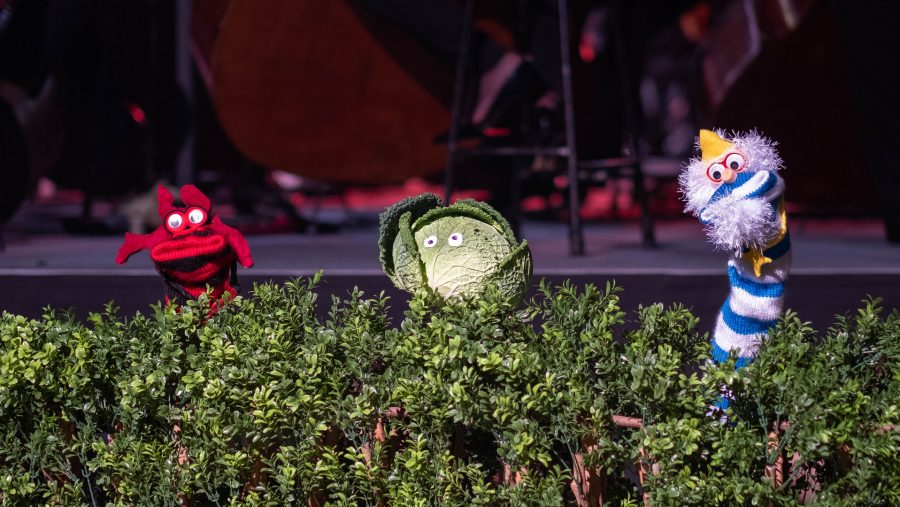 Old School RuneScape players will have two new areas to explore – the Kebos Lowlands and Prifddinas, the elven capital. Prifddinas will unlock after you complete the upcoming Grandmaster quest – Song of the Elves – and will offer a range of new challenges.

Meanwhile, the Kebos Lowlands will introduce a new Slayer Master, who will provide you with location specific tasks. You might be challenged to kill 56 red dragons in the Brimhaven Dungeon, for example. The aim of this slayer master, Kemp says, is to “make the Slayer a bit more focused and directed, which helps [players] explore the game more.”

Finally, Warding – the first exclusive skill for Old School RuneScape – will be released soon. This skill will allow you to channel rune energy to create magic armour, much like how you craft ranged armour.

RuneFest 2018 hailed the beginning of a new age for RuneScape as Jagex takes it to the mobile gaming market and expands the PC versions. Watching fans move between the LAN room and the dance floor during the RuneFest after-party, I wondered if the Gower brothers ever thought their game would become such a phenomenon. The future looks golden for RuneScape as it ventures into its 19th year and, as long as Jagex continues to listen to its players, there will certainly to be many great adventures to come.