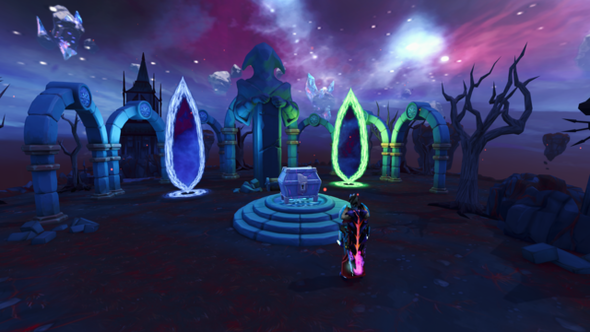 Launched in January of 2001, Runescape’s very existence is a testament to Jagex’s ability to continually reinvent the classic browser-based MMO. If runescape were a British citizen, it would now be old enough to join the army or get married. Let that sink in for a moment.

Let’s be honest, you’re going to need some serious power if you want to run Runescape. Check out our list of the best gaming CPUs.

The latest example of this forward movement is yesterday’s introduction of Shattered Worlds, a new hack-and-slash challenge that tasks players with taking on procedurally-generated micro worlds, where the climate, terrain, and deadly hordes are different every single time. This new single-player experience is designed to eschew some of the more RPG-heavy mechanics of the game in favour of a more arcade-style experience.

However David Osborne, lead designer at Jagex, is keen to let players know that this isn’t only a fun horde mode. “It’s more than just an infinite fight against monsters” he begins. “Shattered Worlds allows players to benchmark their character’s armour and weapon sets as they press further and further into the higher brackets of difficulty.”

As well as simply killing mobs, players can unlock regular challenges to secure new cosmetic rewards, including pets, and a highly coveted sigil equipment slot. The difficulty of Shattered Worlds increases with every new environment until players are overcome and are, ultimately, defeated.

Scaping them runes is, of course, free of charge, so head on over to runescape.com to get a slice of the action.