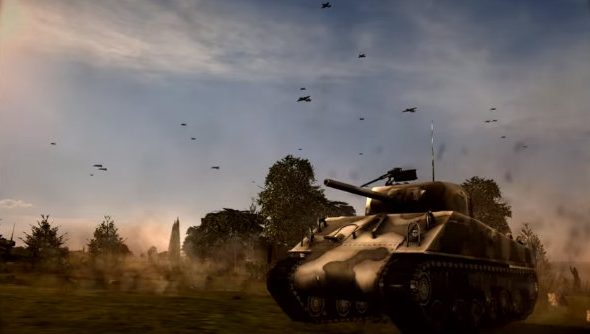 You may have noticed the site for R.U.S.E. – the tabletop-style strategy game built around deception – has disappeared, along with its Steam page. According to an official statement from publisher Ubisoft, this was due to an issue with licensing.

R.U.S.E. managed to retain a stable playerbase on Steam despite support for the game being halted shortly after launch, but since mid December it has been unavailable to anyone new looking to pick a copy up.

Current owners won’t be affected by this change, but there has been some speculation about the whole thing over on developerEugen Systems’ forums. A forum moderator responded to the concern by saying the development team also has “no clue either of what is happening”.

They continued: “But as far as we are concerned, I couldn’t get any reason for what happened. My boss even learned about it from me. And unfortunately, all the people I knew at Ubisoft back then are gone. The Ubi producer working with us for RUSE was Mathieu Girard, whom since then has created his own studio (Amplitude, creator of the Endless series).”

We reached out to Ubisoft for comment, and they say it all comes down to some expired licenses.

“Due to the expiration of licensing rights over certain military items within the game, R.U.S.E is no longer available for purchase,” Ubisoft tells us. “This does not, in anyway, affect players who already have the game in their library.”