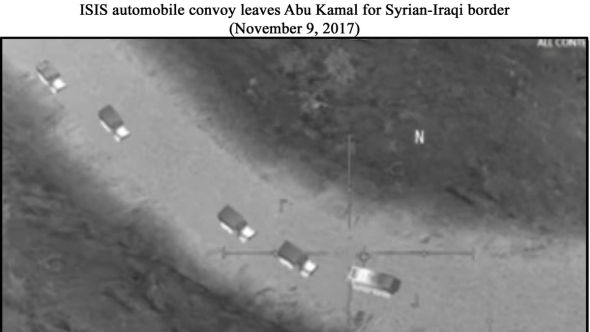 2017 hasn’t been the best year for international relations so far, but it may have just reached a new low. The Russian Ministry of Defence has used a videogame screenshot to accuse the US of cooperating with ISIS.

Who needs an escape from reality? Here are the best war games on PC.

Earlier today, the ministry tweeted three times in various languages, with a series of pictures accusing the US of co-operation with the so-called Islamic state. The tweet says that “the ministry of defence shows irrefutable evidence that US are actually covering ISIS combat units to recover their combat capabilities, redeploy, and use them to promote American Interests in the Middle East.” The tweet has since been taken down, but not before various screenshots could be taken.

Those are certainly bold claims, but there’s at least one problem: Some of that “irrefutable evidence” includes a screenshot from a trailer for AC-130 Gunship Simulator, captured from YouTube.

That video was originally posted in 2015, and shows a development preview for the simulator. The Russian MOD, however, captioned it somewhat differently, suggesting that the image was captured on November 9, 2017, depicting an “ISIS automobile convoy leaving Abu Kamal for Syrian-Iraqi border.”