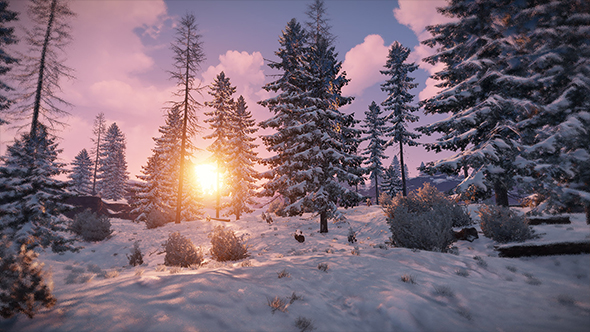 Update, February 9: Rust has finally left Early Access, and there is a significant update to go along with the release.

It finally happened: Rust is out of Early Access. One of the games to most effectively popularize the survival genre, Rust had been in development for years – and it’s continuing to get updates, even after dropping the pre-release disclaimer. As the developers have noted, things aren’t changing much overall with the game officially out, but there are some big updates in the latest patch.

Check out more of the best sandbox games on PC.

Most of those updates come as part of a graphical overhaul prettying up the game’s visuals. New trees are all over the place, and the colour palette has been readjusted to give everything a more consistent, cohesive look. Water is bit more transparent and foamy, too, and generally everything has a fancy new sheen of niceness layered over top.

There are also recoil changes, scientists have been made a bit less inhumanly deadly, final tutorials are in place, and a whole bunch of other changes are detailed in the official patch notes. Also, frog boots.

Original story, January 22:Rust was an Early Access indie survival game before we recognized those five words as a genre, and while plenty of similar games have come and gone from Steam’s prerelease program in the meantime, Rust has remained an Early Access staple since it first released in December 2013. But it’s the end of an era now, since Rust is scheduled for a standard release on February 8.

“We’re not planning any big reveals, launch parties, around the world tours or cash prize giveaways for this event,” Garry Newman, founder of Facepunch Studios, says in the official announcement. “We’re not going to move staff onto other projects. It’s very much going to happen without much fuss. It’s business as usual.”

In fact, not much is changing at all for Rust. The game will continue to receive new updates and continued development, but those patches will now be coming monthly. But in addition to the main, stable branch of the game, there will be a somewhat more volatile staging branch where daily additions will be tested. Newman says “don’t think of this as us claiming that the game is done.”

One thing that will be changing is price, as it will be increasing from $19.99 to $34.99. Giving prospective players a warning about the price increase is apparently one of the main reasons they’re even announcing the news rather than just quietly dropping the Early Access label.

It’s sort of a strange announcement in the end, since there’s no major demarcation to solidify the jump from prerelease to final product. In fact, Newman asks players “Please try not to compare the game to some other finished game or some idealised version you have in your head. Compare the game now to how it was when we entered Early Access. That’s the delta that we feel qualifies us to leave Early Access. Think of it more like we’re leaving Prototyping and entering Alpha.”