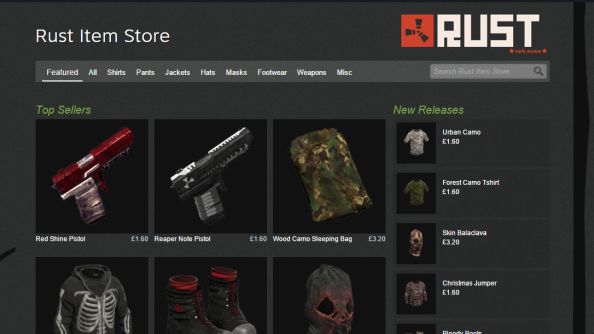 A couple of weeks ago we heard that Valve hadn’t been put off paid mods, despite their disastrously unpopular implementation in Skyrim. Now it looks like the groundwork for a second attempt has already been laid on Steam in the form of Item Stores – places where developers can not only sell microtransactions and manage in-game economies, but split the sales proceeds of user-made items with their creators.

There’s already a Steam Community Market, of course, where players can buy and sell items for a number of games. The difference here is that developers are involved.

These are the 100 best mods on PC. Would you pay for them?

“This new Item Store is designed to make it easy for developers to establish an in-game economy or to just sell individual cosmetic items, keys, or consumables,” Valve told devs.

“It’s designed to easily integrate with a curated Workshop (similar to Team Fortress 2) so you can accept user-made items, use that data to create item definitions and prices in the Steam Inventory Service, and set those items for sale via the Item Store.”

All Steam will do is handle payment and pop items in the appropriate inventories. It’s not yet clear how developers and paid mod makers will come to a satisfactory split of profits – but crucially, it doesn’t sound as if Valve will be taking a cut.

For the moment the only Item Store you’ll find is that of Rust, and features fancy pants and paintjobs at set prices. Presumably more will follow if it takes off.

It’s a system that takes some of the work away from developers in selling microtransactions, and paves the way for some brave new possibilities in community creation. Do you think it’ll work?