The punishing world of Rust is a difficult place to survive. Morals are loose, and a well-armed clan eager to steal your hard-earned loot is never far away. Yet there is hope to be found in this lawless land; tales abound of individual players defying the odds, outmanoeuvring and out-thinking their opponents to amazing results.

Welyn, a popular Rust YouTuber, clearly fits this description. He’s been making a name for himself within the community for his daring solo heists against much larger clans – typically, ones who have been throwing their weight around and harming the experience for other players.

Like any good heist movie, Welyn’s videos always start with the setup. He names the target, which can be anything from an overzealous clan blocking off a plot of land to a group of malicious players ganging up on someone underpowered. He then outlines a plan, with an annotated map or a detailed base recreation setting out his intentions.

The explanation is thorough but necessary, with the YouTuber going to great lengths to ensure his videos are as accessible as possible.

‘Eco-raiding’ is a term used in Rust for raiding a base without using expensive resources like explosives. There are many ways to do this, such as with swords, spears, or the single-shot Eoka pistol. The idea is to target weaker structures, like decayed objects and soft- sides, to minimise the time and resources spent raiding a base.

“My video style kind of developed organically,” he tells me. “Over a year ago I started doing YouTube full-time, and that allowed me a lot more time to really see a vision through for a video. I also realised, since I was playing solo, that I had to add a decent amount of narration to give people some context for what I was doing otherwise it would be kind of confusing. That was something that really appealed to people. After that, I realised it was more about telling a story and being something that people who aren’t necessarily super into gaming could recognise, understand, and appreciate.” 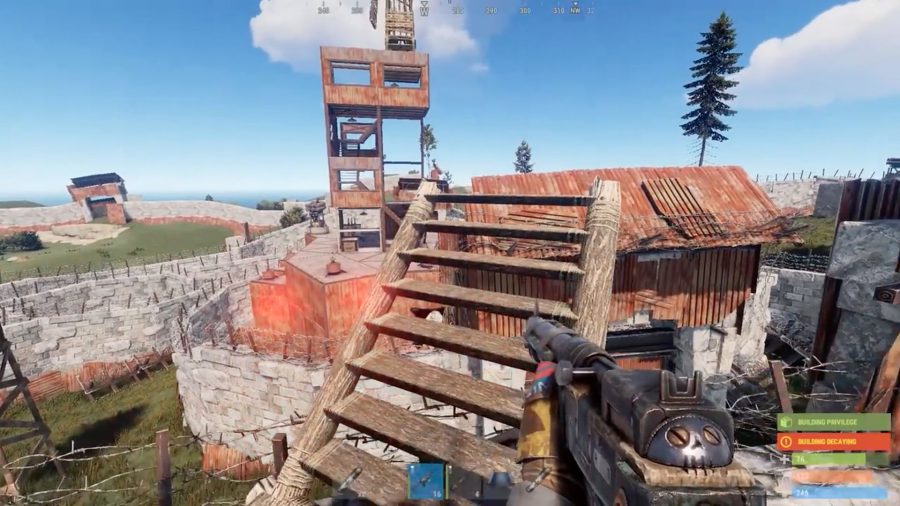 Welyn’s videos aren’t without their share of trials to overcome. In most
cases, infiltrating someone’s base involves building a platform to clear a barbed wire fence, stocking up on healing items, and taking care not to be spotted. Once he’s inside, Welyn may have to contend with further defences, such as gun turrets and various traps.

Nobody wants to watch someone bully people for an hour

He has a few solutions for these. One is goading the turret into depleting its ammo while out of range. This is a risky move, and one that could attract unwanted attention due to the noise of the gunfire. Another approach is to simply fire at the turret from a safe distance with a compound bow.

After he’s dealt with the turrets, Welyn will attempt to ‘eco-raid’ the base (see boxout) while remaining as quiet as possible. He’ll use a spear to slowly break structures, such as walls or ceilings, working his way to the inner sanctum like a prisoner digging a tunnel with a spoon. It’s a slow and uneasy process, and one that doesn’t always go according to plan. 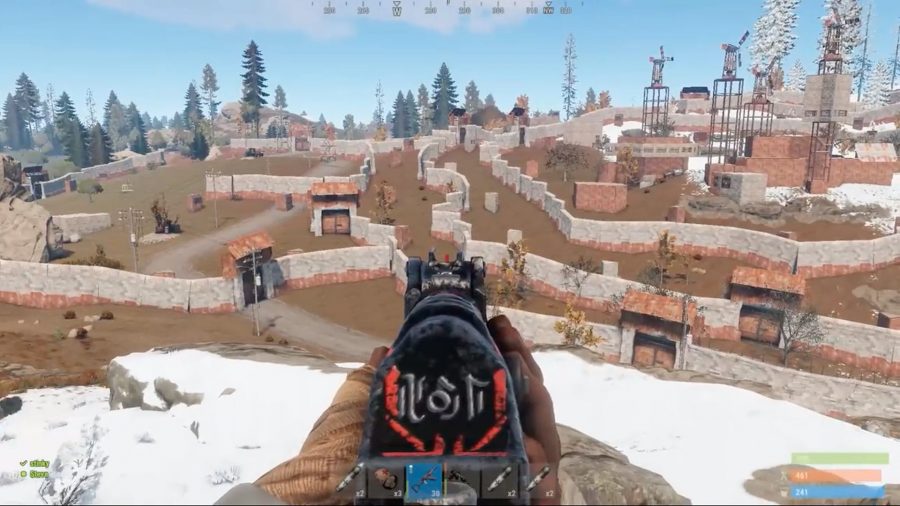 “About two months ago there was this big clan that had walled off a whole island, and they never went offline,” Welyn explains. “I was trying to do all this stuff kind of sneaky, creeping around and messing with their turrets, and I really thought I could pull it off, though the base was huge. At one point I managed to get some explosives, and the moment I blew something up suddenly five guys appear out of the woodwork. It was pretty terrible, because it’s frustrating when you put in a few hours and then get shut down immediately.”

You can weave more compelling narratives when following a moral code

When one of his plans does go off without a hitch, however, it makes for some glorious viewing. In one of his videos ‘A Solo Player’s Revenge’, Welyn dangles perilously off a ladder on the side of a large tower, having just made enough explosive rounds to complete a raid on a roof camper. Blowing away the final door standing in his way, he steps inside and takes
everything he can, breaking the tool cupboard and blocking the entrance to the camper’s nest.

It’s a cathartic moment, especially if you’ve ever had the displeasure of running into a roof camper in Rust – someone who stands on top of a base, behind a wall of defences, firing indiscriminately into the distance just to grief other players. 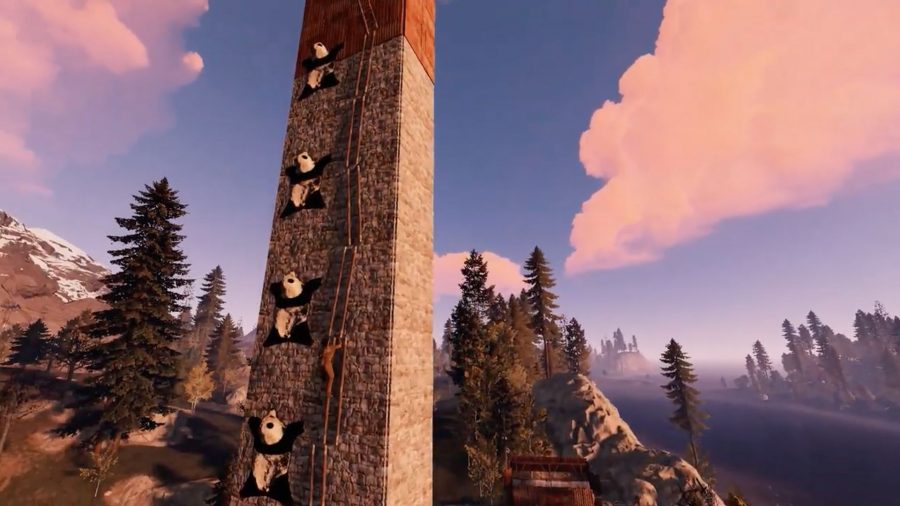 Another video called ‘devastating a clan’ has a similarly satisfying ending – Welyn hands over the entirety of the raid loot to a new player that he had encountered earlier. It’s an act borne partly of altruism, but also out of an awareness of the game’s decay timer and his Rust-free plans for the following days.

“Nobody wants to watch someone bully people for an hour,” says Welyn, explaining his approach to the game. “I think you can weave much more compelling narratives when you follow a sort of moral code, because of the stories that come out of it. Everyone wants to see the underdog win, everyone wants to see the little noob flourish and thrive and be happy, or this person who is sad about their base getting raided getting their stuff back. I think it leads to more compelling stories, and it is more fun in a way. It’s getting back at people who are arrogant, and that always feels good.”

It’s the open-ended nature of Rust that keeps Welyn coming back to it. Every day there’s the potential for new stories. New encounters. New targets. And new wrongs to right. Though he’s played over 4,000 hours in total, he’s still excited about the next big challenge, and bringing the most obnoxious players down to size.