We’ve all been there: you’re all set up to play one of your favourite multiplayer games with the gang, and when that loading screen hits, everyone’s ready to go except one team member – you. Long loading screens are often caused by slow hard drives, and the best solution to that problem is to upgrade to solid state. Two of Samsung’s internal SSDs are on sale, and at 1TB each, you’ve got room for Call of Duty: Warzone and plenty to spare.

For our UK readers, you’ll want to check out this deal on Samsung’s 970 Evo Plus. The one terabyte model is on sale for £158.99, marked down from £239.99. It’s an NVMe M.2 drive that pops directly into a designated slot on your motherboard and boasts sequential read/write speeds of up to 3,500/3,500 MB/s. It also supports PCIe Gen 3.0, and if you’ve got a mobo that supports it, you’ll be able to take advantage of those snappy top-line figures. The 500GB version of the 970 Evo Plus is on our list of the best gaming SSDs, and this one’s just like having that – except it has twice the space.

For that price, you’re getting a big boost in storage space with sequential read/write speeds of 550MB/s and 520MB/s that can comfortably run anywhere between 0 and 70 degrees Celsius. 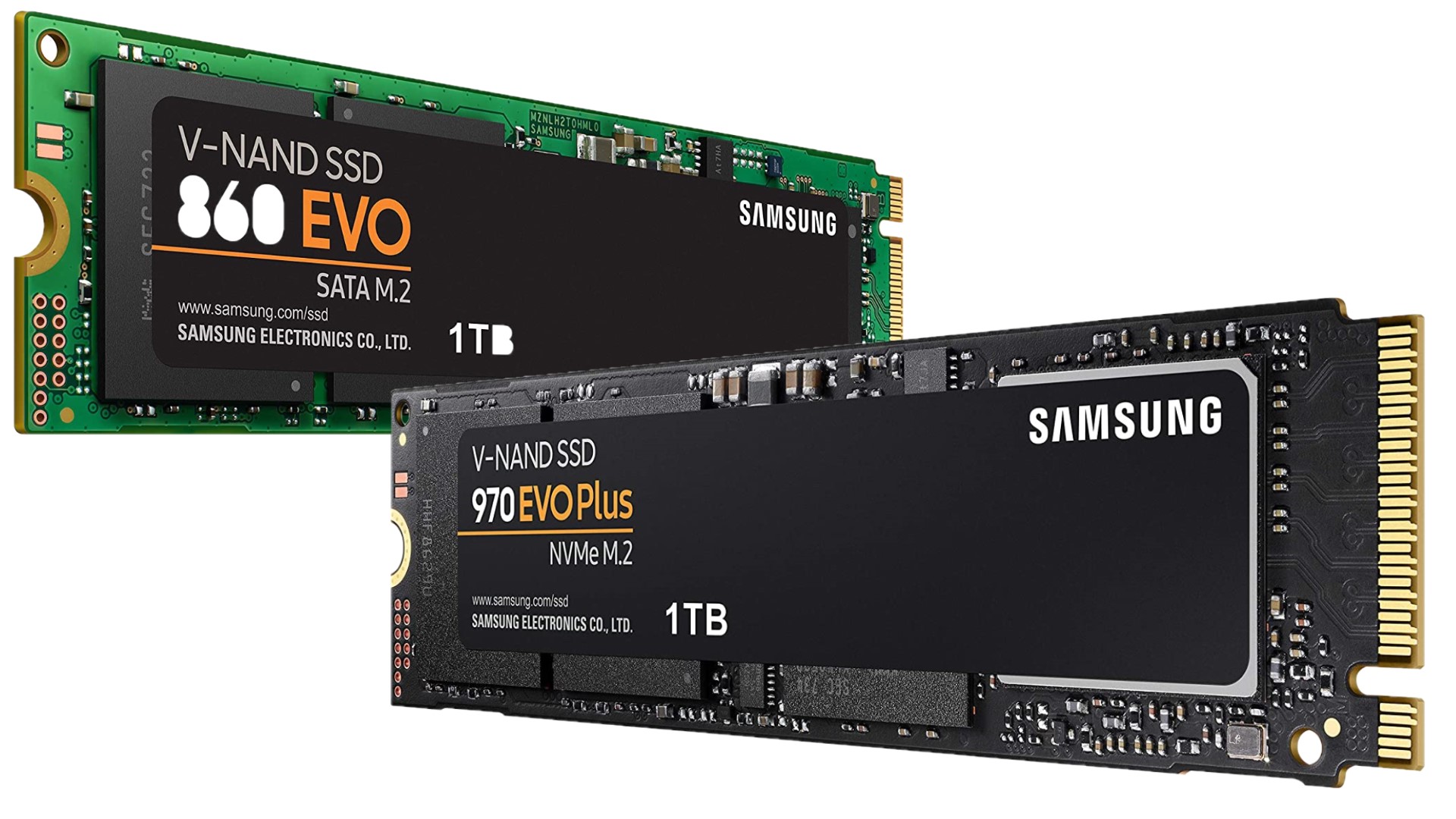 Once you’ve made the switch to SSD, there’s really no going back – especially once you’ve seen how fast you can load into a Destiny 2 patrol zone when the game’s installed on solid silicon. These drives are also great places to have your OS running, as they’ll make boot-up and restart times astoundingly brief.

Basically, an M.2 SSD is a great way to improve your PC’s performance, and with these deals, you can do it without breaking the bank.