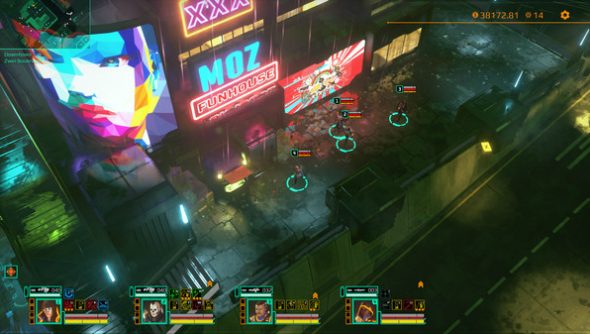 After two years in development Satellite Reign, a spiritual successor to Syndicate, has launched on Steam. As a bonus, there’s currently 20% off the game to celebrate the launch.

User reviews for the game – which are mostly based on the Early Access version – are very positive so far. Our own Fraser Brown said the following of the game when he tried its Early Access incarnation: “It’s Syndicate. Not the actual Syndicate, but the one that exists in the memories of those who played it over 20 years ago. And that’s a real treat.”

The team at 5 Lives Studios have released a new gameplay trailer to go along with the launch – you can check it out below.

I absolutely love the gritty, neon contrast of the cyberpunk city, and the class-based, real-time strategy looks really appealing, despite (I know… I know) the fact I’ve never played Syndicate. I’m looking forward to picking this up and seeing what made that series so special.

You can try it out for yourself on Steam.