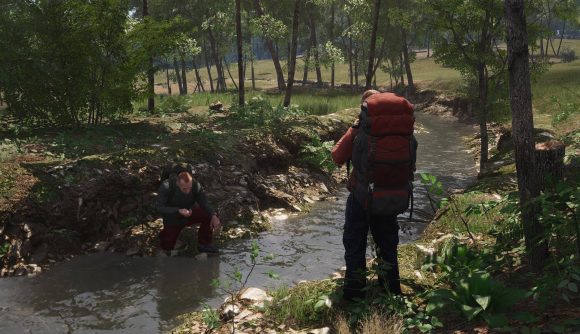 Survival sandbox Scum garnered some early buzz ahead of release thanks to big streaming debut, and that momentum seems to have carried straight into the actual launch. Publisher Devolver Digital reports that it’s the company’s biggest launch ever only hours after release, and players counts already rocketed into the Steam top ten.

As of this story, Scum currently hosts 50,282 players, sandwiching it right between long-standing favourites like Grand Theft Auto V and Team Fortress 2. Not bad for a new entry in a genre many players have long since written off.

It’s probably too early for celebration at developer Gamepires, though. The impressive player counts are beyond the scope of what the studio planned for, which means there have been a bunch of server troubles for the players attempting to get in.

“As you might imagine,” the studio says in Steam forum post, “we never dreamed of such a huge flood of eager players trying to play our game. The interest is way higher than even the most optimistic projections we had internally, so it comes as no surprise that connecting to a server will get difficult at times. If you experience that issue please stay persistent, as it’s very likely you will be able to connect after a few tries.”

In the short term, they recommend using private servers and connecting via IP if you want immediate action.

And SCUM is already our biggest launch ever. Congrats to @Gamepires!

Scum is available now in Steam Early Access at a price of $19.99 / £15.49 / €16.79, and is scheduled for full release in roughly a year, depending on what direction feedback to this early version ends up taking. Time will tell if it becomes one of the best survival games on PC – at the very least, it’s among the most detailed.