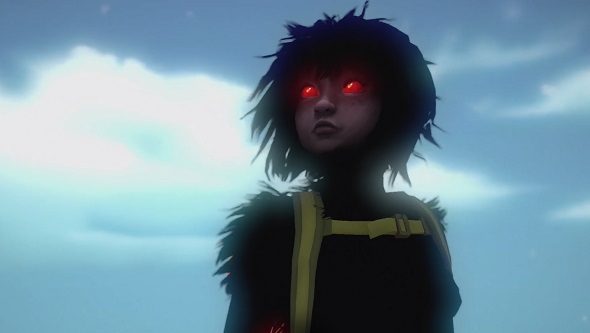 Sea of Solitude, the narrative adventure game from Berlin-based Jo-Mei Studios, is now an EA Original, the publisher’s indie branch focused on bringing small developers into the spotlight. The announcement was made on stage at EA’s E3 conference earlier today.

The story follows a young woman named Kay in a flooded world in which humans turn into monsters if they become too lonely. Sadly for Kay, that’s a group that includes herself. As she traverses the world, she has to contend with dangerous weather conditions and an underwater leviathan haunting and following her throughout the world.

If Sea of Solitude looks like your kind of thing, why not check out a list of some more of the best indie games?

You may remember EA Originals being mentioned recently in the context of Josef Fares and Hazelight Studios’ A Way Out. As well as the co-op prison break, the studio also worked with Zoink on action-adventure game Fe. Sea of Solitude will be the third game to be published as part of the program.

The Sea of Solitude trailer shows off everything we mentioned above, and you can check it out below. You can also get a closer look at some of Sea of Solitude’s art here.

There’s no official release date for Sea of Solitude at this point, although it’s currently expected to be available to buy in early 2019, so expect to hear more about it over the coming months.