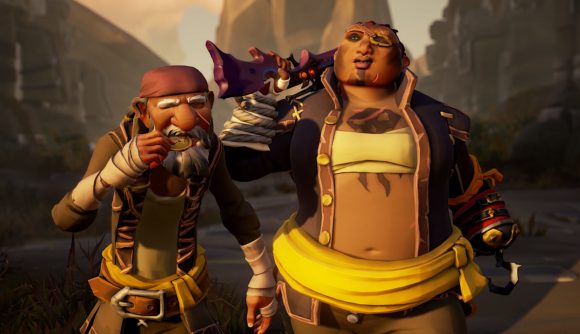 Sea of Thieves players have been requesting custom server types to allow for PvE-focused gameplay and other shenanigans for about as long as the game has been out. Rare has finally announced the tentative beginnings of custom servers, but the focus is squarely on the ‘other shenanigans’ – don’t expect your pure PvE dreams to come true.

Custom servers are going to roll out slowly, starting with members of the Insider programme before going out to content creators and, eventually, the world at large. You’ll be able to set how many and which types of ships will be available, and can then invite fellow players in with a unique code. Custom servers will not offer any progression.

“The key purpose of custom servers is to allow creative players the opportunity to use our sandbox to create unique experiences for their communities,” Rare says in the official announcement. “They are not intended to be used as a PvE server, hence the removal of ability to earn gold and rep.”

How the final rollout will work is still to be determined – this limited early release is intended to help figure that out – but Rare says it’s “likely” that you’ll purchase access to custom servers from the game’s real-money store, in an effort to offset the added server costs.

Sea of Thieves has always been as much about navigating shaky relationships with other players as fighting skeletons and digging up treasure, as appropriate for a swashbuckling take on pirate games. Custom servers will offer up a new way to play around with the sandbox, but it seems that Rare has very little interest in offering up a chance for pure PvE.