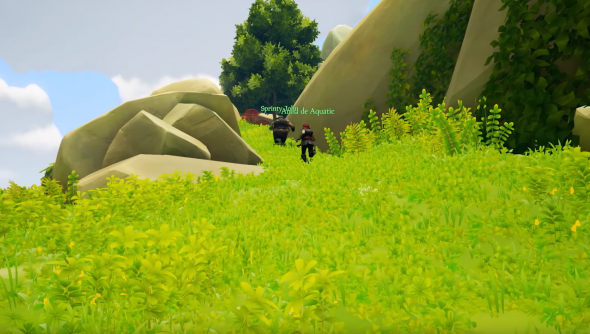 Rare have just released a new developer diary for Sea of Thieves, dropping some hints about how the multiplayer pirate game will actually play when it’s released.

Set sail with your mates in our list of the best multiplayer games.

“To me, Sea of Thieves is basically every pirate show or film that you’ve seen, but you can actually play and be immersed in,” says executive producer Joe Neate during the video. “You can be the pirate you want. That’s the promise of the game for me.”

“Living the pirate life is kind of how I’d describe what we’re trying to achieve,” adds design director Gregg Mayles. “We want players to really immerse themselves into what it’s like to be a pirate. The sailing, the fighting, the drinking, the camaraderie, we want to give players all of that.”

It’s a big old multiplayer game, but not so massive that it’s an ocean filled with the boats of other players. There will be land to explore, sea creatures to fight and treasure to find, but when you do come across an enemy ship – or perhaps even two – Rare want it to feel like an event.

That’s why there won’t be AI ships crewed by legendary pirates: Rare say they want the players to be the legends. While there’s still not a great deal of information out there, it seems to be shaping up nicely. There’s no release date as yet, but there are plans for a closed beta some time soon.