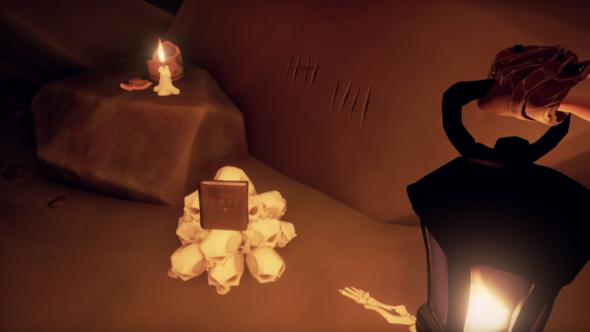 Sea of Thieves is still in its pre-release build, with beta and scale testing currently taking place intermittently, but that hasn’t stopped developers Rare from leaving a few in-game surprises.

Throughout the game’s eight month pre-build testing, the developers have been popping in easter eggs to commemorate players who have helped the game weather stormy seas, either through beta-testing, feedback, moderating, or just doing something memorable in-game.

Turns out, Sea of Thieves’ swashbuckling is like “improv comedy that the player creates.”

According to the Sea of Thieves forum, 26 known easter eggs are in Sea of Thieves. Each one humorously memoralising a special player in a way related to how they assisted Rare, while also incorporating their gamertag – with each beta test, new easter eggs appear.

In the Drowned Rat Tavern, there’s a poster which reads, “Beware. Fizzy Foxy the Notorious Pirate Killer,” which commemorates Whitney, who got the most kills during the technical alpha testing weekend. 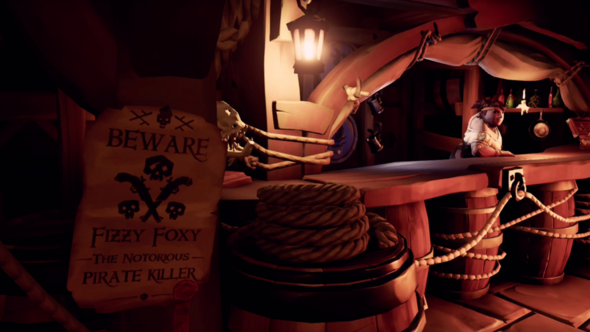 The easter eggs don’t just commemorate good achievements, though. On the south end of Shipwreck Island is a shipwreck (funny that), and in front of that shipwreck are some rocks with skeleton feet poking out from in front of them. It’s a rock-marked grave which pays tribute to IOnEI-Falcon, aka Amir, who is a Sea of Thieves community manager and has the honour of being the player who died the most in one play session by falling from the ship’s crows nest. 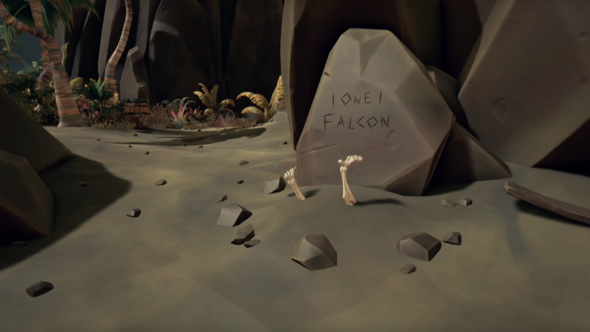 IOnEI-Falcon is also commemorated alongside the game’s other first community managers, in Cannon Cove. Each of their names are etched into some rocks. 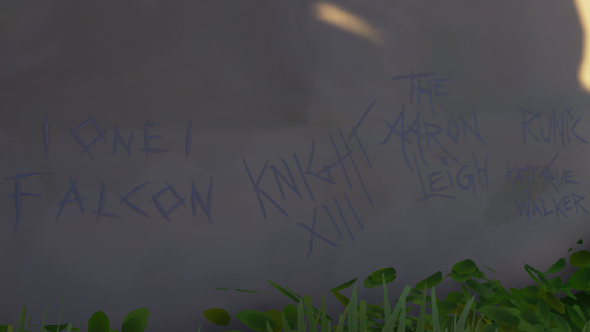 It’s not known whether the easter eggs will be in the main game build, or are just a pre-build special.

Sea of Thieves releases for PC on March 20.