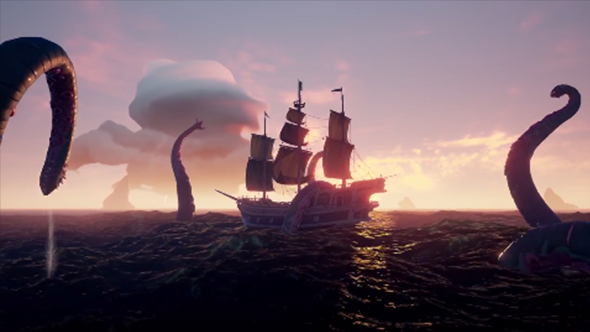 Stirring under the dark waters of Sea of Thieves is a giant kraken, threatening at any moment to burst through the waves, wrap your ship in thick tentacles, and pull it down to the seabed.

You can also see a runaway pig. So, it’s got something for everyone.

We’ve loved what we’ve played of Sea of Thieves so far.

Sea of Thieves is due out on March 20, so we’ve not long to wait. This new trailer should be enough to… tideyou over:

We’ve known about Sea of Thieves’ kraken for a while but apart from some concept art of the squiddy creature, we’ve not seen it in motion.