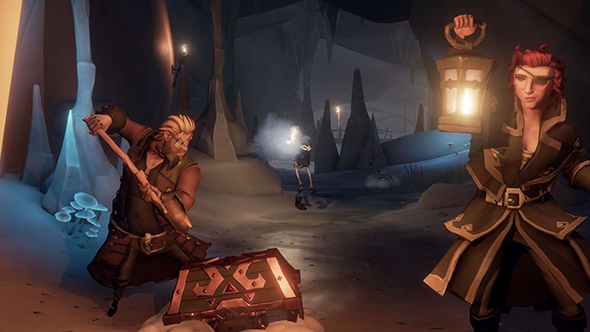 Sea of Thieves has set sail on one last pre-release voyage, and this time it’s open to everyone. The open beta launched today, giving you a chance to sail the seas without restriction through part of the weekend.

Find out how about Sea of Thieves’ character customization.

The beta lasts until Sunday, March 11, at 3:00 PT / 6:00 ET / 10:00 GMT. It will feature some new content over the previous closed tests, including the ability to undertake voyages for Merchant Alliance. Those quests will have you gathering resources for the merchants, including animals that have to feed and care for as you transport them. Skeleton Forts will also activate this time around, offering big, multi-crew battles against undead enemies.

Previous betas and scale tests had been locked to members of Xbox or Sea of Thieves Insider Programmes, and though it was pretty trivial to gain access to those this event should allow a much wider group of players to get in. Rare do warn that the volume of players may cause some issues, and that if traffic gets too high they may prevent new players from logging in during peak times. You can keep an eye on how things are going via the server status page.

You can download the beta now via the Windows Store. Sea of Thieves proper launches on March 20, and will be available on both console and PC as part of the Xbox Game Pass subscription.