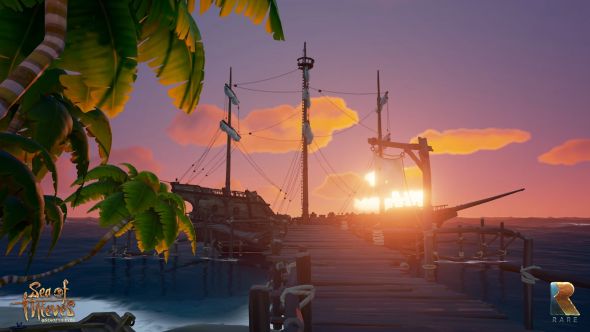 It feels like we’re constantly being drip-fed new footage of Sea of Thieves nowadays, as the developers revealed something new at Gamescom: you can use your own vomit as a weapon.

For more news straight outta Gamescom 2017, we’ve got everything tagged.

I mean, it makes sense, especially if you’ve not got your sea legs. You can pull out a bucket, expel everything in, and throw it at your enemies to blind them. No, I am not kidding.

That’s one of the new features brought to the game at Gamescom, and presumably there will be some wonderful puke noscope montages coming out soon. For once, that’s some gameplay I don’t want to see.

In perhaps more serious news, the developers also announced you’ll be able to play with any friends who are on Xbox One, as it has cross play between PC and Xbox One. The days of being split from your mates on console look to be slowly moving into the past.

Those of you in the technical alpha will be able to try out cross play on Tuesday. You’ll even be able to play against anyone trying out the game at Gamescom. Fresh meat – I mean, new pirate recruits for you to have a barrel of laughs with!