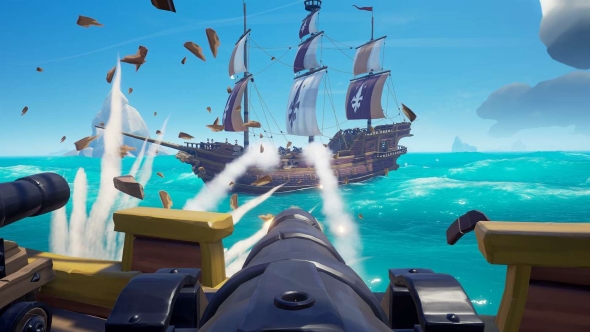 Rare’s swashbuckling pirate adventure Sea of Thieves only released yesterday, but new players are already being temporarily turned away due to server issues.

For all the details on quests, guilds, and the Kraken, check out our Sea of Thieves guide.

It hasn’t been smooth sailing for the launch of Sea of Thieves, as servers have been plagued with issues due to the large number of players trying to jump aboard. Bugs include players loading into the game with no items, clothing, or gold, while others have not been receiving gold or reputation upon completing a quest.

Hey, pirates! We’re aware some players are experiencing issues with gold and reputation upon logging in or turning in items. We’re currently investigating and working on a fix! The gold and reputation rewards should merely be delayed. More information: https://t.co/obgvC7AgSN

We’re still hard at work working on issues affecting players trying to connect to the game as a top priority. We’ll provide updates when we have them! Thanks again for the patience, pirates.

Despite Rare trying to stamp the bugs out, the issues have persisted, resulting in the developers choosing to temporarily turn away new players until they have been fixed.

In order to resolve the issues players are seeing with the servers, we will be temporarily suspending new players joining the game. We’ll get everyone back in and playing as quickly as we can!

Currently, the Sea of Thieves servers are closed to new players. Rare have not confirmed when they will reopen, but we will keep you updated on this. If you are experiencing any other issues, check out Rare’s list of Beard Errors.