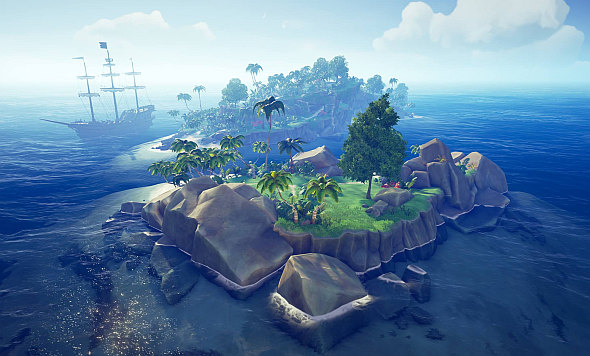 One of the first things that grabs you about Sea of Thieves is its striking visuals. It has a beautiful, almost painterly style where everything looks like it was carved out of wood. The game’s art director is Ryan Stevenson, previously art director for Viva Pinata – another Rare game whose aesthetic could be described as, quite literally, eye candy – so it is no wonder it looks so lovely.

Our Sea of Thieves preview talks Skeleton Forts, the Kraken, and improv comedy created by players.


Besides being the hallmark of a Rare game, there is a reason the developers vouched for this look and avoided the hyper-realism often associated with big games. Studio head Craig Duncan says they wanted to create something timeless as he hopes the team will still be updating Sea of Thieves ten years from now. That does not mean the team have planned that far ahead just yet, though.

“Craig Duncan perhaps has that highest level of business kind of planning, but, for me, the feature set that I see, I’ve got a view into the next year, the next two years,” executive producer Joe Neate tells me. “It’s kind of pointless and crazy too far beyond that, because things will change, things will evolve. It depends on the feedback we get, the features we add, how they react, and what happens in our shared world. I’ve got a really good view of where we’re gonna take it, but that will keep pushing forward. 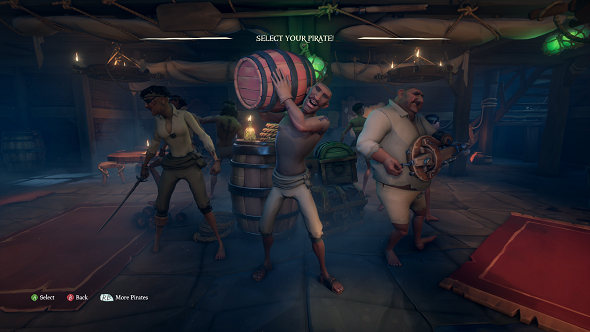 “It’s like a fog of war almost. When we move forward, that keeps going forward. My priority as the executive producer has to be: get to launch, have a successful launch, then transition into that service and start looking at the different measures of success – whether that’s revenue, how many people are playing monthly, who’s buying it, who’s coming in through Game Pass, how watchable the game is, how many things are being shared. All of those things, as a member of the Xbox organisation, are important to us.”

Sea of Thieves is aligned to Microsoft’s strategy. It could potentially get people to buy Xbox Live, it could bring people onto Windows 10, it could sell consoles, it could tempt people onto their Game Pass subscription service, and it could get them watching four-way streams on their Twitch competitor, Mixer.

“We measure ourselves on each of those areas,” Neate explains. “We’ll look at Mixer and see how long people are playing. What’s happening when new people come to Game Pass? Are we the first game that people look at? We will be trying to be successful in all of those areas. I look at Sea of Thieves and see a game that evolves, that grows as a service, this very welcoming, fun multiplayer game, and a very watchable one. It hits a lot of those strategies dead on the head. I think we’ve been a pretty forward-thinking studio, and this project has been a pretty forward-thinking kind of bet. There’s so many ways we can succeed with Sea of Thieves, so it’s about trying to maximise all of those areas.”

Game Pass is a particularly interesting one. Like EA’s Origin Access, it gives subscribers access to a bunch of titles for $9.99 a month. Sea of Thieves will be available on it from day one as the debut first-party offering. It is a tempting proposition to try it out for a month instead of dropping the full price of a game on Rare’s nautical adventure game. It also provides Rare with a steady flow of players, almost guaranteeing that the game will not die prematurely. 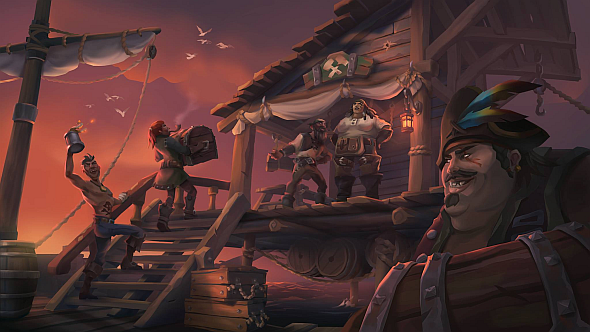 Though it is Rare’s first service game, they are in a great position to get things right. As well as the closed beta and alpha phases, they have been testing the game for well over a year with Xbox Insiders and community events.

“I know that we can release a new version of the game in 29 hours, from getting the build, getting it out, getting it through the pipe and to players on console and PC,” Neate explains. “That’s how quick we can react if we have an issue. We’ve honed it, we know exactly what the process is. And because we’ve been going through missions so many times, it’s something any developer can do, but with Xbox you kind of get a ‘trusted pass’ approach to submissions. When you submit a game normally, it’s a two or three week process to get it all tested. Because we’ve been through that so many times and have never failed, you get that.

“Our number one focus at launch and beyond launch is Sea of Thieves. Rare always has someone thinking about what could be next. At the start of this project a few of us got hived off the start thinking about what opportunities there are, where player tastes are heading, what kind of direction should Rare go as a studio? Rare has always done new stuff over its history, so the studio’s focus right now is Sea of Thieves. We’ve got a tonne of plans, but Rare is always looking at what could be next. But let’s launch successfully first, then transition into that service and maintain and grow the playerbase. That’s my sole focus as executive producer. Launch is just the beginning for this game. We’re very excited about the next year and beyond.”