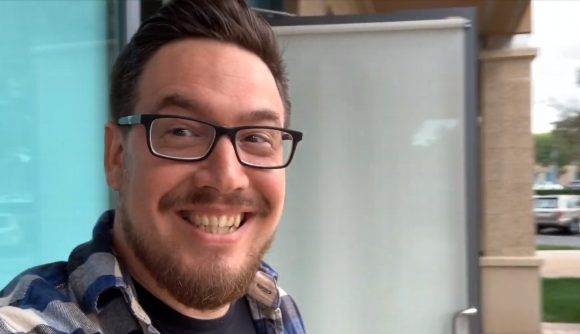 Last year, Hearthstone director Ben Brode announced that he was leaving Blizzard. By the time the new studio Second Dinner was announced in July, it was clear plenty of other Hearthstone vets were coming along too. Today, the studio has finally what it’s working on: a Marvel game. We still don’t have precise details, but we finally at least have a hint about what’s coming.

The new game has been in early development – meaning prototypes and playtests – for about six months. (Which means development started at roughly the time Second Dinner was officially revealed.) Today’s announcement video doubles as a recruitment pitch, and early job listings mention that the studio wants to make “deep, satisfying games that are optimized for mobile.”

That certainly fits in with what we’d expect from many of the folks behind Hearthstone, and all expectations are now focused on this being a Marvel-licensed card game. It’s worth reiterating that there’s no confirmation about exactly how this title will play, but if you’re looking for a safe bet, this is it.

Second Dinner has secured $30 million in funding from Chinese tech giant NetEase, though the developers specifically note that they have “complete creative control” over this project and any others moving forward.

Related: Deal with the best card games on PC

Hopefully it won’t be too much longer before we see exactly what Second Dinner is cooking up. The official site specifically cites “Hellcow the vampiric cow and Throg, the Mighty Frog of Thunder” as part of the Marvel license, and I really hope the studio’s not just joking.