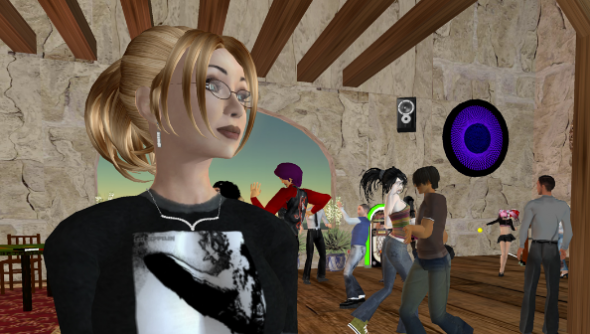 It seems like no game can say no to Oculus Rift support, and the latest news on the VR block is that Second Life already has support for the device. Developer Linden Lab are working hard to “make it excellent”.

It appears that Second Life is getting support for the Rift due to the nagging of one Jo Yardley. Yardley works on a recreation of 1920’s Berlin in Second Life, and could only dream of what it would look like if navigated in full stereoscopic virtual reality, rather than by using that impersonal display known as a monitor. So with this goal, Yardley caused a series of events to ensure that Oculus Rift developer Palmer Luckey and Linden Lab CEO Rod Humble would meet and chat over IM.

Yardley questioned Humble some time after he was introduced to Luckey in regards to if anything was in the works. Humble replied: “It is up and running right now within SL but we want to make it excellent. The new work is on integrating the mouse/cursor/UI support within the Rift, this is important because real VR requires rethinking the way you interact with the world and UI to take advantage of head tracking. Hopefully we will be sharing some vids within a few weeks then get into testing after that. I don’t want to overhype this BUT SL+OR is like having dinner with Stefan Zweig and Peter Altenberg.”

If you’re a Second Life user I imagine this may be exciting news for you. Personally it sounds like the most frightening thing I could ever be subject to. I explored Second Life a little whilst at university since my education establishment thought so much of it they even did a course in it. What I found there was some of the most downright disturbing things I could ever have discovered, and the thought of seeing these in VR is not something I’d like to dwell on. But if you’re into that kind of stuff: yay! The domain of the Oculus Rift grows ever larger!