Palmer Luckey has returned to Reddit for a second AMA, this time on the PC Master Race subreddit. It’s not the friendliest of places to anyone who doesn’t dedicate themselves wholly to the mother platform. This includes the Oculus Rift, particularly in regards to talk of certain bits of content being exclusive to Luckey’s hardware. So, he’s gone into the axis to try to calm nerves, sell headsets and explain a few things.

The main focus of his most popular answers has been on the concept of Oculus-exclusive content (be it games or other VR experiences) and how they will operate on the Oculus store. The misconception was that Oculus were trying to create a closed platform that only their approved software would work on, and that closed platform would only operate on the Oculus Rift. That’s not the case.

“When we say ‘Oculus Exclusive’, that means exclusive to the Oculus Store, not exclusive to the Rift.” explained Luckey, “We don’t make money off the Rift hardware, and don’t really have an incentive to lock our software to Rift. That is why the Oculus Store is also on Samsung’s Gear VR. Gear VR and the Rift are the first consumer VR devices coming out, but in the future, I expect there will be a wide range of hardware at a variety of price and quality points, much like the television and phone markets.

“Remember that a few years ago, we were the only players in the VR game. We had to make sure there was content for our device, and we have invested a lot of our resources into making that happen through both Oculus Studios and third parties. In the long run, though, I hope that the VR market is successful enough to not require huge content investment from us – if that happens, our risk goes down, and our profits go up. In the meanwhile, anything we make is going to go through our store. That way, the distribution cut also goes to us instead of someone else, which helps us pay our employees, give financial and development aid to game devs, and keep the price of our hardware as low as possible.”

He also explains the ways in which Oculus Store will be different from Steam, saying “The Oculus Store is built for virtual reality, we are not trying to make a general-purpose store for traditional games. I can’t talk about everything until we get closer to launch, but as one example: When you visit the store page for a game, we can load a 360 degree capture of a scene from the game, which gives you a much better sense of the game than a normal screenshot or video.

“Our store ratings system is also built around VR – most stores for any type of content are built around overall quality/fun, but some intense VR experiences are not comfortable for many or most people, especially ones with lots of vection-inducing artificial locomotion. We account for this with a comfort rating system that makes sure you can avoid games beyond your comfort zone while still making them available to the people who have no problems. Another benefit is knowing that everything in the store will run well on the recommended PC spec and continue to perform well through future updates.”

There’s also clarifications that they won’t block you running non-Store apps on your headset, or more, ahem, adult-themed content if you like. It’s your hardware and once you’ve paid them for it you can do what you like – they’ll just support it best they can. Or, at least, that’s the message.

Loads more in the actual thread, if you want to check it out. There’s some seriously technical details in there, and a lot of questions answered. Remember that if you’d rather not scroll through, you can just go to Luckey’s profile to get ’em all. They include such gems as his home computer setup: 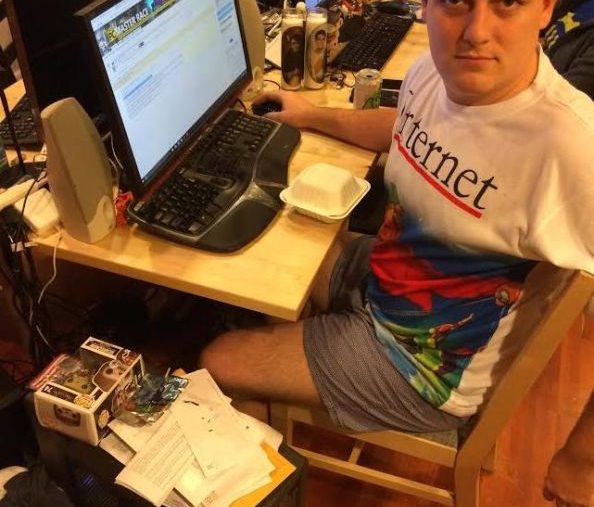