What the heck are Sekiro Treasure Carp scales and why should you be searching every body of water for them? It goes without saying that a new FromSoftware game brings plenty of fresh mysteries and curiosities for players to suss out. This time around instead of Crystal Lizards or creepy Gothic Piles we have Treasure Carp to hunt down, thieve their scales, and use them to buy new gear. This rare breed of fish who occupy the shorelines, ponds, and streams of Sekiro’s fantastical reimagining late 16th century Sengoku period Japan.

Sekiro: Shadows Die Twice Treasure Carp scales are easily one of the strangest currencies going in games, and stranger still are the items you can spend them on. You can use Treasure Carp scales in order to get everything from new gear and healing items, to attacking moves and mysterious objects. And cap off all the madness, the vendor you’ll want to visit is trapped in a pot floating in a stream. You know, because Miyazaki.

The first Treasure Carp scale vendor you’ll meet is called Pot Noble Harunaga. He can be found in a blue barrel in the memory of the Hirata Estate. Near the beginning there is a large, ancient-looking bridge, and if you look to the right of this you should see some small islands in the stream. Swim across to them and talk to the chap in the barrel for the weirdest shopping experience of your life. 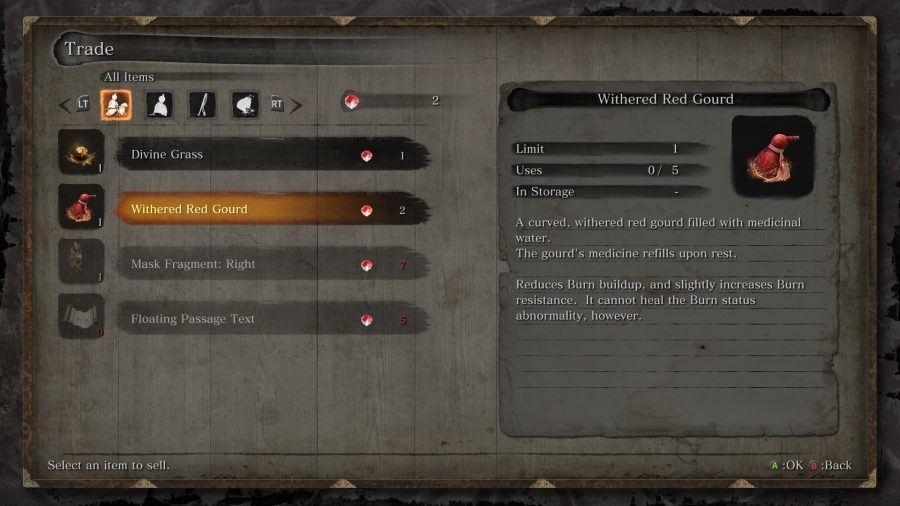 Pot Noble Koremori is the second Treasure Carp scales vendor you’ll find. You will have to progress quite a bit in order to meet this vendor in Fountainhead Palace. When you have the Palace Grounds Idol unlocked, go through the nearby building and out of the left exit. Immediately turn right and you will see a cave in the cliff in front of you. Jump out and grapple to it and make your way through the cave, and eventually you’ll encounter Pot Noble Koremori. 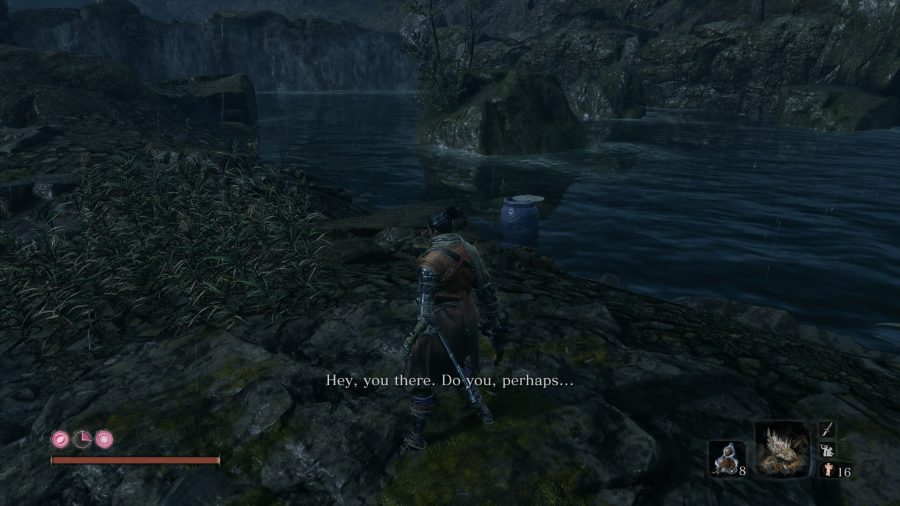