You’d think Lara Croft had undergone her biggest recreation back in 2013, when Tomb Raider was rebooted by longtime series custodians Crystal Dynamics. At the time, it was a genuine shock to see those razor-sharp cheekbones on the magazine covers softened, instantly turning a ‘90s caricature into a real human being.

Perhaps Shadow of the Tomb Raider represents a more fundamental change, though. While to the naked eye Lara appears as she did eight years ago, unweathered by the many, many graphic lacerations she’s endured, the tomb raider of today is a shattered facsimile of her former self, the face she presented to the world torn apart by the revelations at the end of the last game. Major spoilers for Tomb Raider (2013) and Rise of the Tomb Raider follow.

“Her father was butchered,” narrative director Jason Dozois reminds us. “And in the post-credit sequence she seems like she’s ok with it, but for someone like Lara who’s lost her mother already at a young age, then lost her father a few years later, her whole identity was built on imagining what they would’ve been like.”

Until now, Lara had believed her father had killed himself – driven to ruin and despair by his research into the mythical city of Kitezh and the promise of immortality. In fact, her fateful expedition in Tomb Raider (2013) was motivated by a desire to prove that his obsession with mystical mumbo jumbo was ill-founded. Dozois considers Lara to be something of a detective, steered by a need to understand why she grew up an orphan. Finding out why has removed the engine that has propelled her forward, plunging her into darkness. 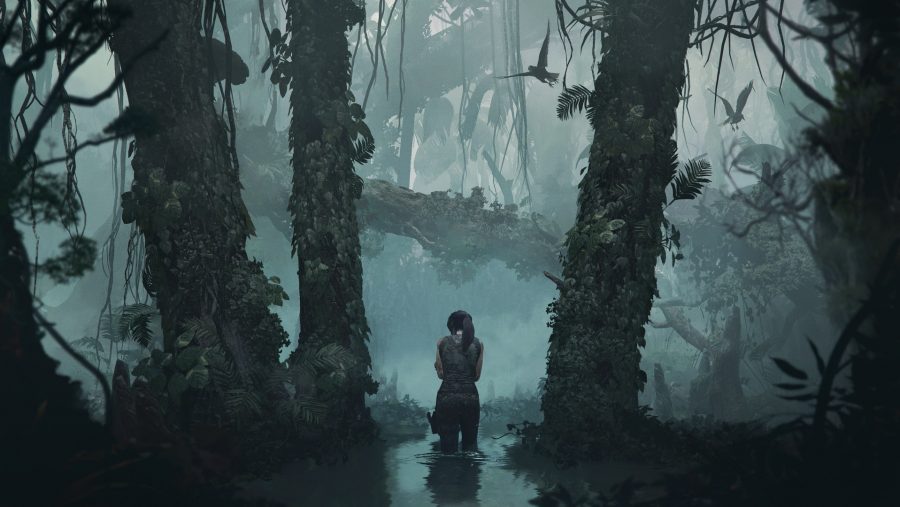 “She’s someone who’s saying, ‘I’m fine’, but deep down it’s not alright,” Dozois says. “There’s a moment where she’s confiding in Jonah [in Shadow of the Tomb Raider] and she says, ‘I feel if I stop, I’ll let everyone down’. That’s been true her whole life – achieve, go, go, go, all the time, and when she stops, she has a terrible identity crisis. That’s where the darkness is coming from, and that’s what she needs to heal.”

That’s where the darkness is coming from, and that’s what needs to heal

The shadow of the title, then, refers to Lara, the pain that follows her, and the struggle between light and dark she’ll grapple with over the course of the game. The imagery of an eclipse recurs throughout Shadow of the Tomb Raider. “That was the working title of the game for a long time, and it’s rare that the working title becomes the name,” lead game designer Heath Smith says. “That’s just how strong the iconography of that image is.”

Lara’s headspace is reflected in mechanics, too, which often find her diving into claustrophobic, terrifying spaces, or blending with the shadows to survive jungle combat encounters where she is greatly outnumbered. “We try and put her in situations where she’s tempted by the darkness,” Dozois says. “It’s very dangerous to go there. You don’t want to become the thing you’re fighting.”

Notably, this Tomb Raider comes not from Crystal Dynamics but Eidos Montreal, the makers of the modern Deus Ex games. Working with Lara Croft has forced the team to learn a new sort of stealth, less reliant on laying traps or, as in an early prototype for Shadow of the Tomb Raider, squatting in a pool of mud waiting for enemies to come by.

“We realised after trying those things that this is not Tomb Raider combat,” Smith says. “All the way back to classic Tomb Raider, you’re rewarded for being acrobatic and mobile – this is Lara’s advantage over these heavy, military dudes.”

Jungle combat now involves clinging to vine walls and sneaking through canopies, shifting Lara into a more predatory role than in her previous adventure in Rise of the Tomb Raider – where stealth was a pre-combat opportunity leading inevitably to noisy engagement. “While we took some inspiration from previous franchises we worked on, we had to reimagine it so it that was correct for Tomb Raider,” Smith says. “Once we hit that, then playtests went well and people said, ‘This is really cool’.” 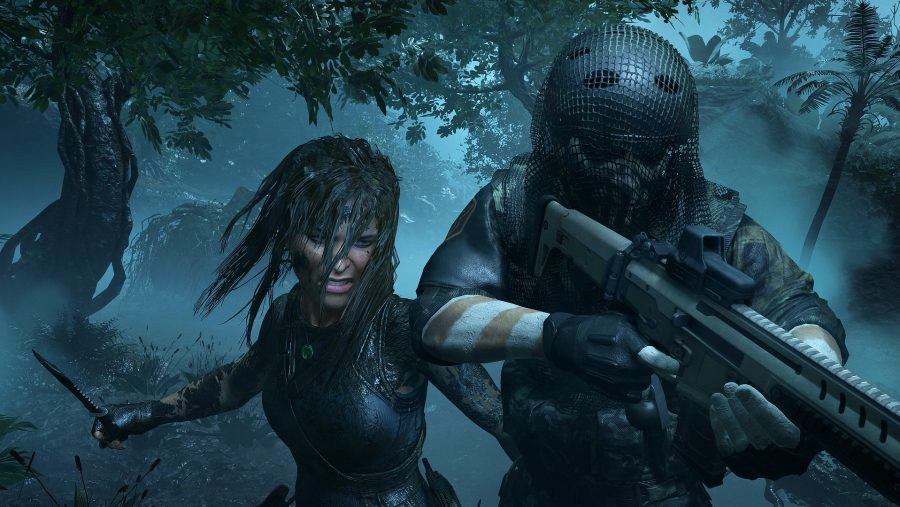 As Lara emerges from the jungle, expect to see another element of Deus Ex come into play – proper social hubs. They’ll play a key part in rebuilding our protagonist’s personality, as she relearns a more positive way of interacting with people than sticking knives in their guts. Evidently, Eidos is taking the task of carrying Crystal Dynamic’s flaming torch seriously – pushing the character development of an iconic character who sometimes tended towards the cartoon in the past.

“This character is so iconic and it’s timeless, right, it’s not a period piece,” Dozois says. “We’re not going back. But what we want to do is evoke part of the feelings of nostalgia and modernise that. The tone is obviously very different, it’s much more serious and grounded, but there’s still an adventure, travel, discovery, and relics. We’re taking what fits and then adapting what doesn’t.”