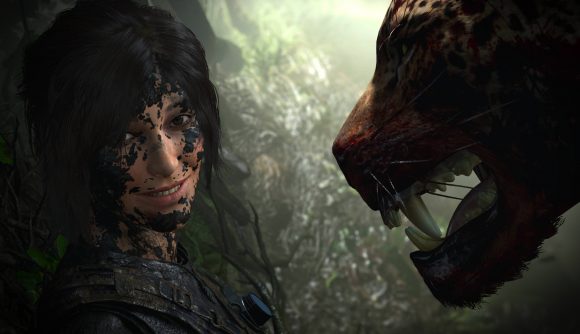 Lara Croft goes through a lot in Shadow of the Tomb Raider. She faces deathly drops while mountaineering and comes face to face with wild, vicious animals. But does this get her down? Apparently not, because with the game’s photo mode you can make Lara looks like she’s having the time of her life, and it’s reeeaaally creepy.

Shadow of the Tomb Raider features a photographer mode that lets you pause the game, adjust the camera view, and change Lara’s facial expression. One of those expressions has Lara smiling – innocent enough, but you can engage this mode at any point in the game, which includes some intense cutscenes.

One player, RedStep, combined these two facts together, which amounted to some pretty funny, if slightly discerning, results. A bit of warning: some of the photos that follow do contain minor spoilers for Shadow of the Tomb Raider.

The official Tomb Raider Tumblr says it’s “looking forward to seeing what our exceptionally creative community will capture,” and as you can see, they won’t be disappointed. There’s one of Lara covered in mud with a ferocious beast inches away from her face, but she manages to dazzle us with a smile. Another one shows Lara and her crew falling into a dark abyss, but apparently, Lara doesn’t seem to mind. These photos make her life-threatening expeditions look like awkward holiday snaps. 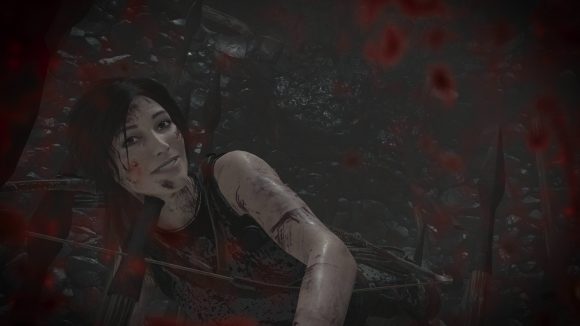 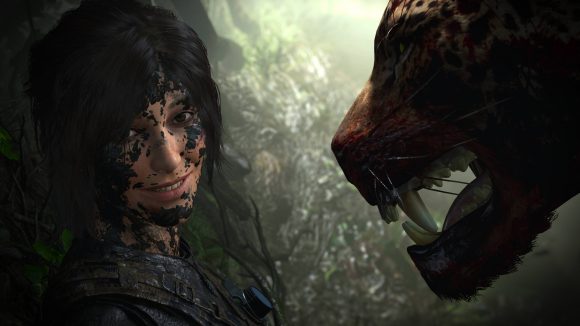 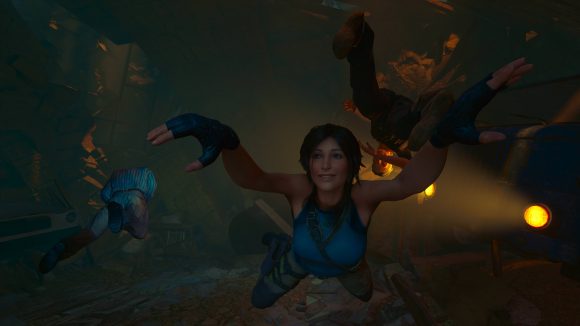 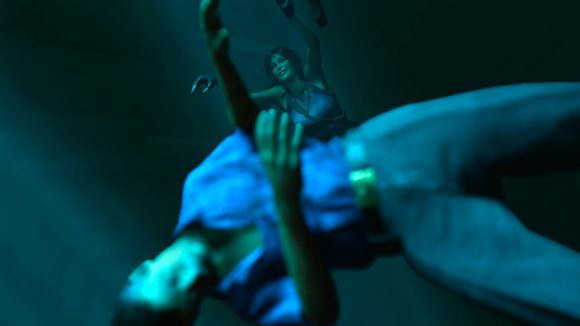 The mode also lets you make Lara look serious, inquisitive, and sad. Further, you can change the depth of field, brightness, and adjust the saturation, even add filters to change the atmosphere of the picture.

There are some players who have taken breathtaking photos with the mode, too. Iconic video capture artist DeadEndThrills is one of them – he’s captured some stunning portraits of Lara in action as she traverses the South American jungle.

Other players in the Tomb Raider photography thread have used the mode to make it look like Lara has been taking selfies. She’s seen winking at the camera (lets be real, Lara would have amazing Instagram page, I’d totally follow her) and looking smug as she lands a headshot on an enemy.

If you’re into your gaming photography, or just want the memes, check out the game’s photography Tumblr. Shadow of the Tomb Raider comes out September 14, but if you pre-ordered the game then you should already be enjoying this new addition to the series.