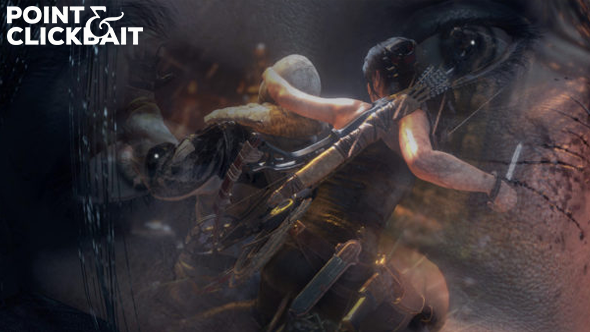 A worried, vulnerable young Lara Croft is set to be forged into a ruthless and capable raider of tombs for the third and final time with the release of Shadow of the Tomb Raider, and the numberless hordes of faceless goons who make up her enemies say they couldn’t be happier to assist.

“In Tomb Raider, Lara picked up a gun for the first time, because of what we did,” explained one faceless goon to Point & Clickbait. “Then in Rise of the Tomb Raider, she was so scarred by all of the killing she did in the last game, that she was reluctant to pick up a gun again – until she wasn’t, thanks to our help.”

“We were just happy we could be there to help. Now Lara needs to find her inner strength again for a third time, and it’s our responsibility to support and empower her, with our blood, our organs… whatever it takes.”

With two games under their belt, the teeming mass of faceless goons say that they’ve now developed a number of strategies which will give Lara the impetus she needs to “empoweringly soak her hands in our blood.”

“One thing that I like to do is yell things like ‘Aargh! I’m irredeemably violent!’ as I charge at her,” explained one of the goons. “‘The only way to deal with me is to embrace the necessity of armed conflict!’ That kind of thing.”

“She loves it. You can really see the resolve harden in her face when I say that one.”

For other goons, the strategy is much simpler.

“I just stand very still and make sure my vulnerable head is outlined against the sky, or a campfire,” one of the goons added. “It’s all about variety.”