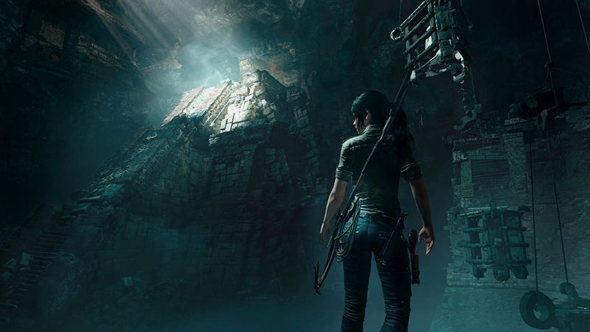 Update, April 27: The trailer for Shadow of the Tomb Raider is now live.

The first cinematic trailer for Shadow of the Tomb Raider is now live. The trailer, which you can watch at the top of this article, shows Lara battling through dense Mexican rainforest.

Lara could survive the best survival games on PC! Can you?

Shadow of the Tomb Raider is now available for pre-order here, and you can view a selection of other screenshots at TombRaider.com.

Update, April 27:The cinematic trailer for Shadow of the Tomb Raider has leaked.

The first full trailer for Shadow of the Tomb Raider has leaked online. The trailer is currently only available as a direct link from the Microsoft Store, and you can view ithere.

The trailer, which is entirely CG, sets up Shadow of the Tomb Raider’s story. It begins with Lara fleeing through some dense jungle, pursued by shadowy men wielding assault rifles. To evade them, Lara ducks into the shade of a tree, before sneaking up behind them to pikc them off one by one.

The second part of the trailer focuses on a human sacrifice on the roof of an ancient Central American temple – likely of Maya origin based on the game’s Mexican setting. Lara thwarts the sacrifice, but the trailer ends of a cryptic shot of a baying crowd opening at the base of the temple.

It tells us little about the game that we didn’t already sort of know – the rough setting was revealed in early teasers, and other than the implication of stealth and some gruesome ice-pick lobotomies, there’s not much more to it. What we do start to get is some idea of the impact the story will have on Lara herself, especially when tied in with the ‘End of the Beginning’ tagline. Expect to see learn more later this summer, at E3.

Original story, April 27:Amazon have leaked the first screenshots of Shadow of the Tomb Raider. Amazon have since pulled the screens, but we’ve got them all for you below. 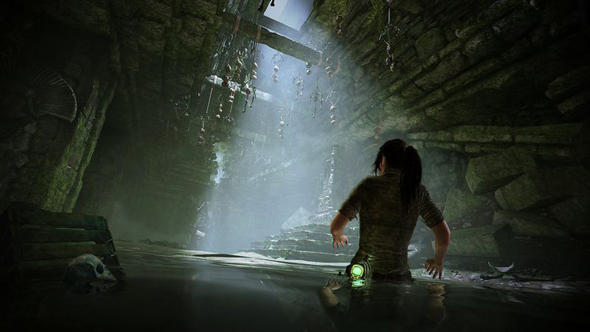 The first screens are perhaps the most shocking: Lara Croft actually raids some tombs.

In fact this here appears to be one of the series’ signature puzzle-tombs. 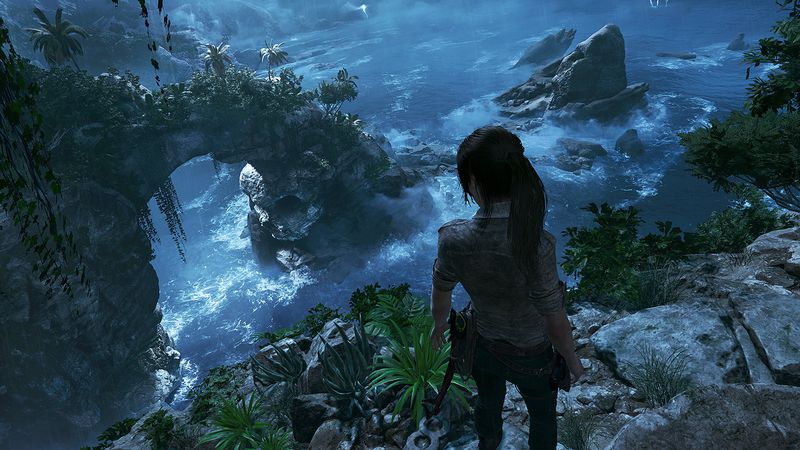 Here Lara surveys a rather beautiful cliff view, and in the next shot… 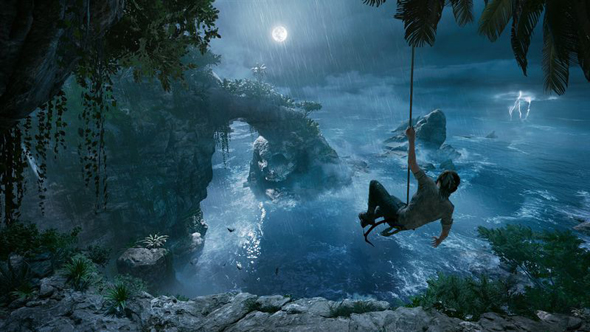 … she jumps off of it. The angle is a lot lower than the previous shot. This island looks a lot like Yamatai from 2013’s Tomb Raider, or something out of Uncharted. Note the heavy storm in the background. 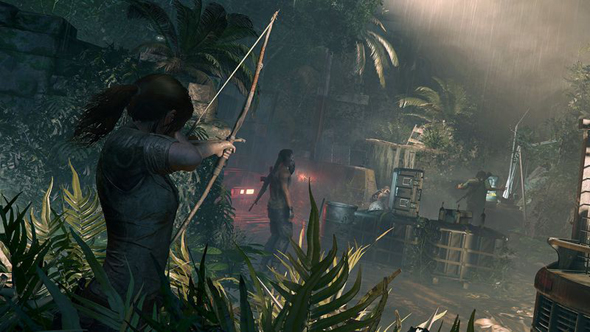 What would Tomb Raider be without Lara shooting some heavily-armed goons in the head with a flimsy bow and arrow? 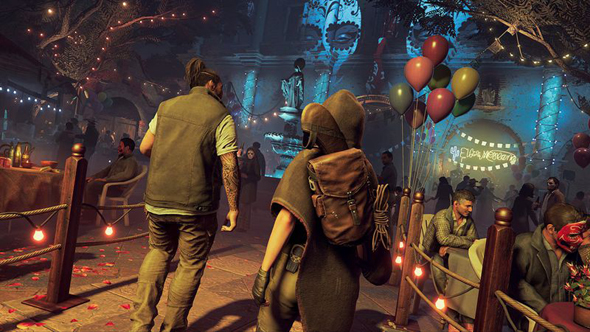 Aptly named userNeoRaider on ResetEraalso posted a few leaks from French gaming magazine JeuxVideo, which reveal that Sam, Reyes and Jonah from 2013’s Tomb Raider will also be in the game.Only Jonah appeared in 2015’s Rise of the Tomb Raider, and it looks like him in this carnival screen alongside a disguised Lara. 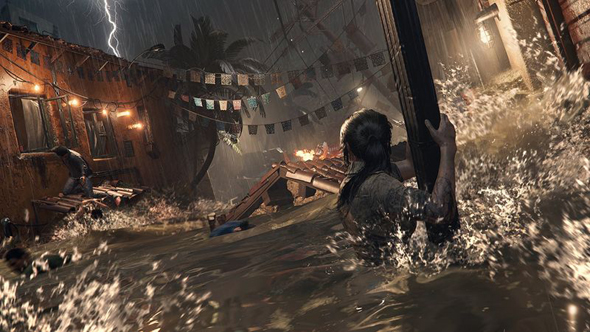 Lara gets caught in some severe flooding, perhaps as a consequence of that storm we saw earlier. 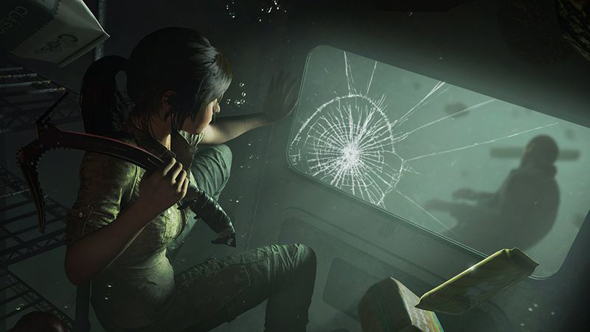 She even gets caught in a car underwater and is forced to break out. The guy outside looks much worse off. 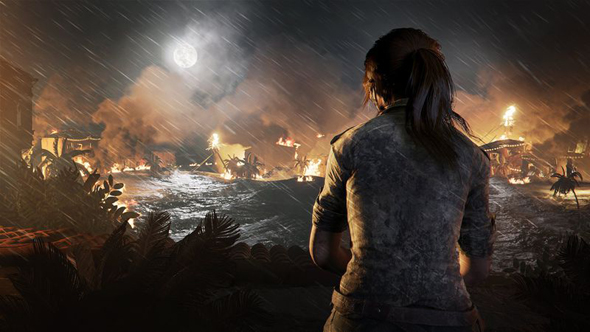 Don’t worry though, she manages to get out okay. The village however is in a much worse state.