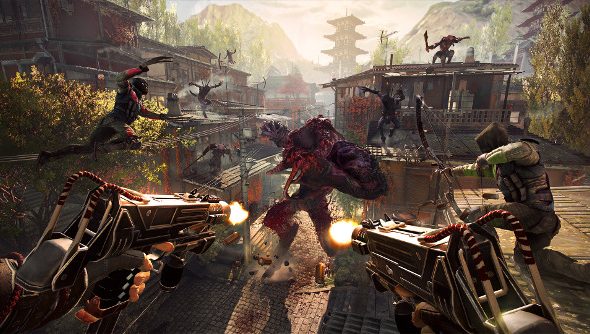 There’s always been a lot of confusion about Shadow Warrior whenever it goes free, as the original 1997 game has gone free a few times in the past. Despite that, people often hope it’s the more recent release from Flying Wild Hog that’s gone free. Well, today, those people should be pleased: Shadow Warrior, the 2013 game, is free to buy and own forever, as long as you get it now.

For more of the best free games on PC, here’s our list.

This is to promote some new DLC for Shadow Warrior 2, called Bounty Hunt Part 2. It’s completely free for those that own it, while the game is 50% off in case you want to pick it up now.

Shadow Warrior is free August 22-23, so for presumably approximately the next 24 hours. If you want a copy, you’re probably best off nabbing it now before you forget!