Shadowrun Returns launched on Steam last week but it’s not marked any slowdown in development by Harebrained Schemes. They’re already developing the first major expansion for the game. They’ve also begun porting the the game over to Linux. On top of that, Harebrained have launched a modding wiki with lessons in how to get started expanding the game yourself and then sharing those releases through Steam.

Phew. It’s all go in some parts of the internet.

First, that expansion. Beyond being set in Berlin Harebrained are keeping schtum about what exactly will be featuring in the content drop. We only know that they’re planning on having it in our hands by October. They did release one screenshot, though: 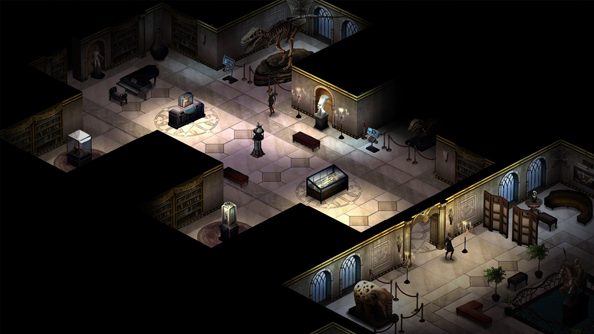 As well as the new content, Harebrain revealed that they “have started working on the Linux version of Shadowrun Returns this week. We have our build machine up and running and have started making test builds.” They’re not able to give an estimate on when it will be ready for release yet, they’re still hitting strange bugs: “we can create characters, but there are errors when loading into the first apartment scene”.

To help grow a vibrant modding scene, Harebrained also launched a wiki this week that aims to teach how to build new content for Shadowrun; everything from new items to whole new stories and locations.

You can check the wiki out here. Harebrained recently added tutorials that cover everything from how to string scenes together to creating custom NPCs.

The game also saw its first patch. Here’s the full list of changes:

– Shotgun: All shotguns have had their accuracy falloff increased slightly, lowering hit chance at long ranges.

– Rifle: Full Auto’s accuracy penalty was not being applied properly at high skill levels. It should now always be 15% lower than a single shot’s percentage to hit.

– Rifle: Smartlinked rifles were less accurate at very long ranges instead of more accurate. This has been resolved.

– Rifle: The FN HAR and HK G12 were very similar in every aspect except price. The FN HAR is now more accurate and holds more ammunition than the HK G12.

– Grenades: HE Phosphorus grenades were not showing up in the store. They should now be purchasable along with the other Tier 3 weapons.

– Vendors will now sell more things in various places throughout DMS campaign (such as more med-kits).

– Visual improvements to the summoning grid.

– Added an explanation of how Leylines work in the world of SR:R.

– Added a definition of SIN in glossary.

– Player can no longer sell a currently equipped outfit.

– Swapping outfits will now correctly give the correct enhancements.

– Player can now equip an outfit if they do not currently have one equipped.

– Drones will now retain their Rigging bonus between levels.

– First time OSX play will start in windowed mode to work around a crash issue for some users.

– Move marker will now be visible over walls.

– Fixed a crash that could occur when transitioning characters one-by-one out of the scene and into the next.

– Fixed issue with installing upgraded cyberware on individual locations of a pair.

– Fixed a slew of typos.

– Fixed cases in conversation where attribute or skill checks were applied incorrectly.

– Fixed character preview not showing 3D Character in some cases.

– Fixed bug where user could enter missions that require a decker without having any runners with a Cyberdeck.

– Editor: Changes to scene or story variables will refresh that variable in the scratchpad.

– We are investigating reports that some users are encountering problems downloading subscribed stories from Steam Workshop.