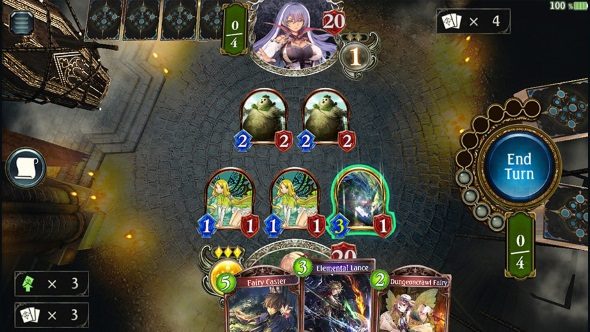 While I admit that while I’m not an especially avid player of it, Cygames’ Shadowverse consistently impresses me with just how much content it churns out over the course of a year, along with the generosity it shows its players at the start of each expansion cycle.

This week, the 7th expansion for the game – Chronogenesis – launched, and players logging in now will find themselves blessed with a hefty stack of cards to ring in the new year. I found myself with no less than 14 Chronogenesis boosters!

The legacy of Magic: The Gathering has never been stronger on PC. Check out the best card-based dueling games available on the platform today.

In addition to the predictable slew of new cards (138 of them, in fact) added to the mix, Chronogenesis shakes things up a bit by introducing an 8th player class, based around the magic of Portalcraft. Sadly, you won’t be hucking Weighted Companion Cubes at anyone, but you will be goofing around with a seemingly bottomless deck that boosts the power of many of your active cards when you have an even number left to draw.

Portalcraft is all about manipulating the size of your deck (ooerr, missus), with some cards capable of enlarging it (even more ooerr) with additional artifact-type cards, and yet more artifacts capable of drawing additional cards to your hand. Ideally, you want to have an even number at the start of your turn so as to enable your Resonance effect. It’s an interesting juggling act, and while I was worried that it would lead to messy play, it doesn’t seem as uncontrollable as, say, Forestcraft’s fairy-spam tactics.

The single-player story mode also sees a bit of love this update, with new character Yuwan (representing Portalcraft) getting six chapters of his own to help teach the finer points of the new school of magic, and the Morning Star story arc expanding another six chapters. As usual, each chapter completed doles out a respectably sized reward, so they’re well worth doing to help get the kinks out before diving into the competitive scene.

On that note, the competitive meta of the game game has seen a major upheaval with this expansion, with the pool of cards available to Take Two mode (roughly equivalent to Hearthstone’s Arena) changing to match the current competitive card list, which has seen some major revisions for the new season of play, cutting out a lot of older content and card-sets from the current tournament format.

It seems like a pretty good expansion, all told, and the free cards are plenty of incentive to log on to play a round or two. The game is currently exceedingly well populated on PC alone – not counting cross-play with iOS and Android versions – and is free to start out with. You can find Shadowverse on Steam here.