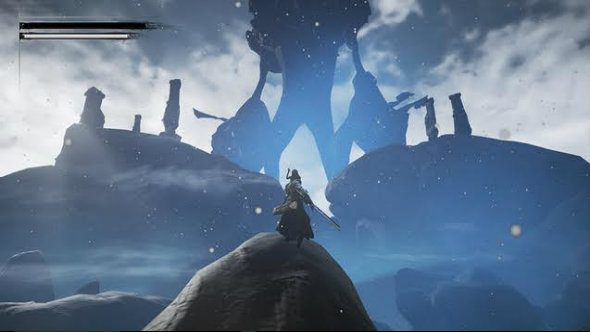 Shattered is one of the projects being helped along by Square Enix in their Collective program. It’s still in alpha, but it’s looking good, delivering a blend of side-scrolling platforming, 2.5D exploration and full 3D combat.

For more from the future, check our list of upcoming PC games.

The platforming looks responsive and exciting, with dashes, wall runs and double jumps all used to dodge traps and proceed. The game also switches to full 3D movement for combat, taking on enemies with deliberate attacks, timing dodges and jumping back in for a counter attack.

It looks very similar to Dark Souls’ combat system, though probably without the weapon variety. Still, you’ll be taking on increasingly difficult bosses across the campaign, each one getting bigger and meaner as you unlock more gates within the hub world of Limbo.

Developers Redlock are aiming for 40 hours playtime for a first playthrough, with multiple runs required to see all sides of the story and get to the ultimate ending.

The game was funded on Kickstarter at 138%, taking over 110k€ in pledges, following its initial goal of 80,000€. It’s due for release in 2018, so expect those animations in the trailer above to be polished up before release.