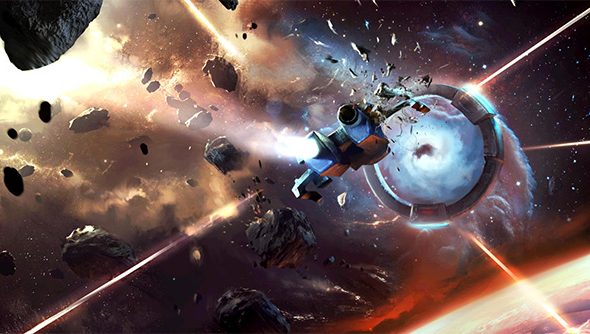 The spacey turn-based strategy game is due to arrive in early 2015 for PC, Macintosh Apple Computer and the Apple Macintosh iPad tablette. According to Gamespot, the game’s all about commanding a fleet of “starships” on a journey across the galaxy, defending planets and colonies while expanding your interstellar civilisation’s influence and reach.

2K are also talking up some connectivity between Sid’s most recent work, Civilization: Beyond Earth and this latest Starships game, claiming that the integration will “enhance and expand” both game experiences.

Early 2015 isn’t very far away, is it? In fact it’s technically right now, which makes this surprise announcement of Sid Meier’s Starships quite exciting. Oh Sid, you sly old dog you.