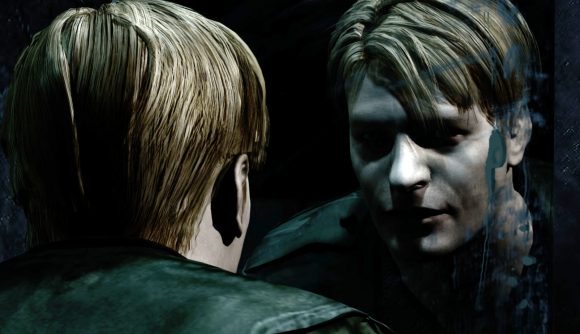 A new Silent Hill game is coming… according to rumours, at least. Yes, Konami’s dormant survival horror series has been rumoured for a comeback for years, but today – February 18, 2021 – is the first day that I’ve believed it might be true. A new report suggests that Konami has been seeking out multiple development partners to bring back Silent Hill, and the first of these projects will be announced this summer.

“VGC understands that Konami has already outsourced a Silent Hill project to a prominent Japanese developer, with a reveal due this summer,” the outlet says in a new report. This project is said to be “something of a departure from past Silent Hill games”, according to VGC’s sources.

The report says that Konami has approached other developers about making a Silent Hill game, as well, including Dark Pictures and Until Dawn developer Supermassive, though that specific partnership never got off the ground. This backs up a rumour from leaker AestheticGamer/Dusk Golem, who also says that a collaboration with Supermassive was in the works, but never panned out.

Dusk Golem additionally says that two Silent Hill games have been in the works within the past few years – a soft reboot, and an episodic game. They aren’t sure if both games are still in development, however.

(2/2) the one I'm permitted to say is Supermassive Games, but neither got the job.

I had assumed one game got canned somewhere in dev, that's not unusual, but more recently with a few others I have been hearing that both games may very much still be in dev. To see, though.

This flurry of Silent Hill speculation comes after an interview with Peter Babieno, the CEO of Bloober Team, the studio behind Layers of Fear, Observer, and The Medium. “We’ve been working for more than a year on another gaming project, another horror IP, and we’re doing this with a very famous gaming publisher,” Babieno tells GamesIndustry.biz. “I can’t tell you who. I can’t tell you what the project is, but I’m pretty sure when people realize we’re working on it, they will be very excited.” Naturally, desperate Silent Hill fans took phrases like “horror IP” and “famous gaming publisher” immediately to heart.

Fans of classic horror games have reason to keep hope alive, at least.