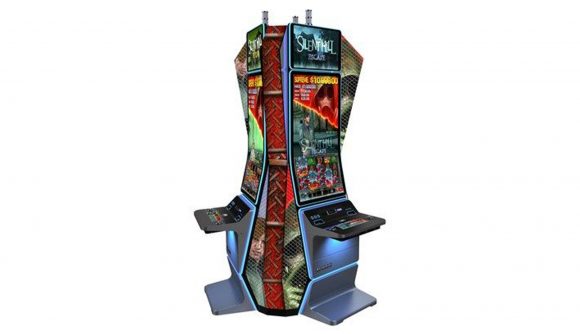 Konami has been responsible for some of the most beloved game series of all time, including the beloved horror classic, Silent Hill. But the company has abandoned much of its traditional gaming history in favour of coin-op amusements, and fans have continually joked that the publisher is now simply a slot machine company.

This week, the company announced Silent Hill: Escape, a “for-wager slot experience.” It looks like this will be just one of multiple Silent Hill themes to go alongside Konami’s new cabinet design, which debuts at the Global Gaming Expo later this month. (That’s gaming in the gambling sense, of course.)

“This cabinet is a striking combination of sleek entertainment, premium packaging, and player comfort, backed by a rich library of original titles,” Konami’s Tom Jingoli says in a press release available via Yahoo Finance. “Everything, including its shape, screens, betting surface, and available merchandising, has been engineered to maximize both player experience and operational results.”

Jingoli says that “this latest cabinet is a first glimpse at great things to come from Konami.”

I’m stretching to come up with a joke here, but there’s no parody that could possibly measure up to reality.

Konami previously built a Silent Hill pachinko-slot machine, as Kotaku reported back in 2015. This one, at least, looks to be built for English-speaking markets. I don’t know if that makes it better or worse.